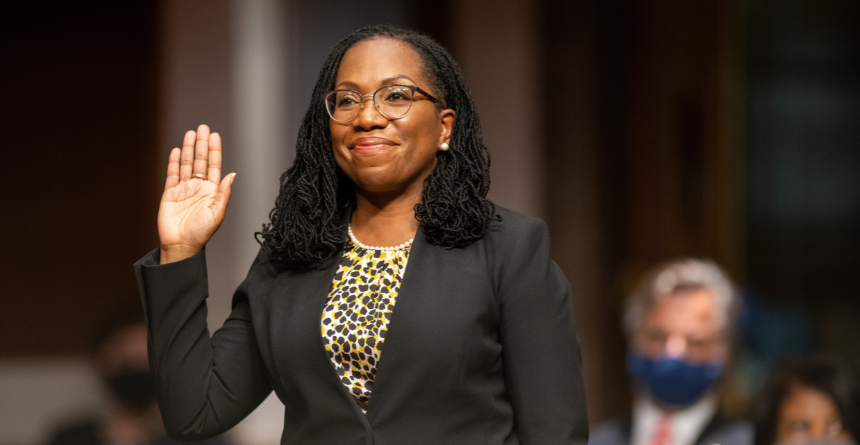 If confirmed, Ketanji Brown Jackson would be the 116th associate justice of the U.S. Supreme Court, and the first Black woman to serve on that bench. Photo Credit: senate.gov
by ElObservador 04/08/2022

Judge Ketanji Brown Jackson is on the cusp of being confirmed as a U.S. Supreme Court justice. While Iowa’s senior U.S. senator plans to vote against her nomination, others hope her ascendance will resonate around the state.

If confirmed, Jackson would be the first Black woman to serve on the nation’s highest court. Matt Sinovic, executive director of the group Progress Iowa, said he feels she would be fair-minded and uphold the Constitution. Although tensions have ratcheted up in state and federal politics, he said he thinks many residents see the nomination favorably.

“People who do appreciate that our courts should be independent, judges need to be well qualified and fair minded,” he said. “There’s been, even on a state level, some fights over that, but when it comes down to it, Iowans get it that these judges and justices are there to uphold the law.”

He said he feels the public can see through the backlash by some Republican senators in Jackson’s confirmation process, including Iowa’s Chuck Grassley. Grassley said he’ll be a “no” vote, citing different views on the role judges should play in government. However, a handful of other G-O-P senators say they’ll vote ‘yes,’ likely leading to Jackson’s confirmation.

Sinovic said having some GOP support gives weight to the belief that Jackson’s qualifications trump any political misgivings. Meanwhile, recent state policies have led to civil rights debates in Iowa. Sinovic said that doesn’t mean the significance of the confirmation won’t be felt in the Hawkeye State.

“Iowans are proud of our history of civil rights and fighting for equality, too,” he said, “and we are an increasingly diverse state, so we appreciate that Judge Jackson will be the first Black woman on the court.”

While Iowa is among the least racially diverse states in the country, new census figures show Black and Latino residents, along with other racial groups, are playing a big role in the population growth seen here. As for Jackson, the American Bar Association unanimously rated her “well qualified” to serve on the Supreme Court.