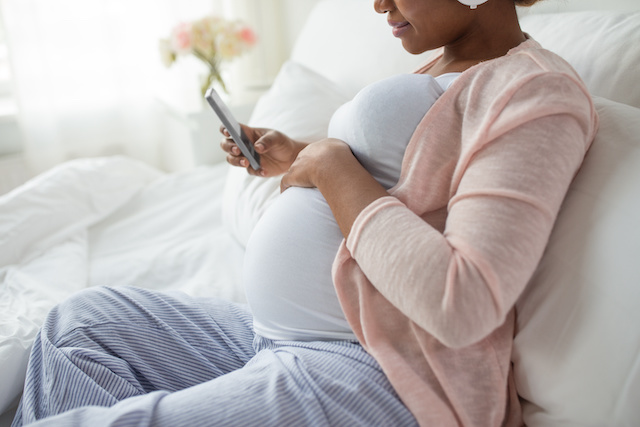 Dr. Patricia Egwuatu, family practice physician at Kaiser Permanente in Seattle, said as a Black woman, she understands this fact personally and connects on a deep level with Black patients on this fear.

“It’s important to acknowledge this, to see where we are as society, and understand that racism has played a really big part in terms of where we are today when we talk about Black maternal health, and it’s important for us as providers to advocate for our patients,” Egwuatu contended.

Egwuatu cautioned moms-to-be of any race should be on the lookout for a few warning signs.

She emphasized headaches that won’t go away could be a sign of pre-eclampsia, a disorder that can endanger moms and their babies.

She also advised women to talk to their doctors if they have trouble breathing or swelling in their legs, which could be signs of a blood clot.

Egwuatu noted the lack of Black doctors could be one source of higher mortality rates.

“When you have a physician that is culturally competent or looks like another patient, the patient is at ease,” Egwuatu pointed out. “They can communicate what they’re feeling, what’s going on in their personal life, how it affects their health care.”

Egwuatu suggested more mentoring in communities of color from a young age would help attract more people of color into the medical profession, and added if people don’t see others that look like them, they aren’t likely to take that career path.

“It’s that pipeline, it’s that mentorship, it’s companies recruiting more individuals of color, providing them mentorship when they get into those roles,” Egwuatu outlined. “And it’s something that I’m passionate about. And I think we just continue to have to work on those issues.”