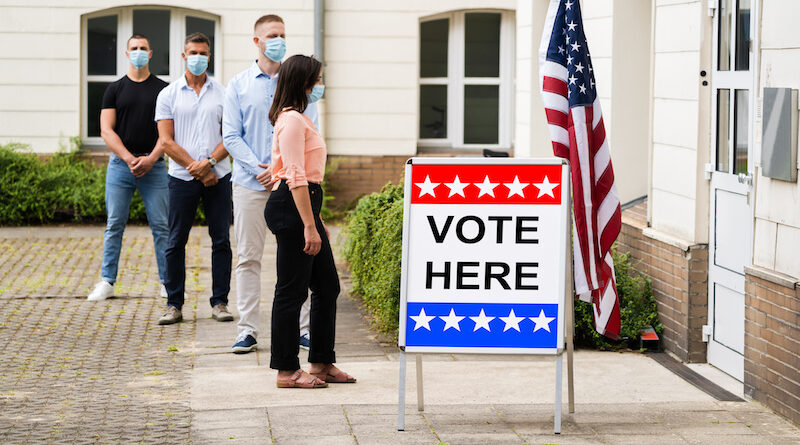 Missouri had three initiatives on the ballot in 2020, one during the August primary and two in the November general election. Photo Credit: Andrey Popov/Adobe Stock
by ElObservador 04/09/2021

JEFFERSON CITY, Mo. — Good-government groups are opposing two bills before the Legislature, saying they would limit voters’ ability to reform state government using the ballot initiative, a process that’s been used by Republicans and Democrats alike for more than a century.

The proposed laws would increase the number of signatures required to get an initiative on the ballot by more than 40%, require a supermajority rather than a simple majority to pass, and charge a $500 filing fee.

Benjamin Singer, executive director of Show-Me Integrity, noted dozens of voters testified against these bills at a hearing last week.

“By raising these thresholds to impossible levels of signatures and votes to pass, some of these legislators are just cynically trying to take power away from their own constituents to hold them accountable,” Singer contended.

He pointed to polling that showed 80% of Missourians think the Legislature should not be able to block or reverse ballot initiatives passed by the people. And more than half opposed increasing the number of signatures required.

GOP sponsors of the bills say it’s currently too easy to get a ballot initiative passed, particularly constitutional amendments.

But Singer countered getting initiatives on the ballot is not that simple in its current form.

The number of signatures required is based on turnout from the previous governor’s election, and need to be collected from at least two-thirds of the state’s congressional districts. In 2020, that was more than 160,000 signatures for constitutional amendments, and more than 100,000 for state statutes and veto referendums.

Singer noted that’s one reason Show-Me Integrity also pushes for reforming money in politics. He argued lawmakers often pay more attention to special interests and big money than they do to their voters’ real concerns.

Support for this reporting was provided by The Carnegie Corporation of New York.