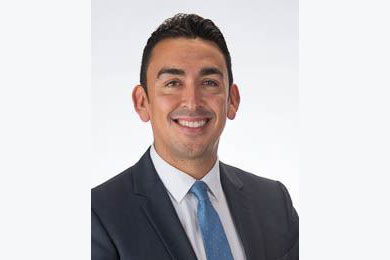 SAN FRANCISCO – Napa County Supervisor Alfredo Pedroza assumed the helm of the Metropolitan Transportation Commission on February 24th, as the regional board unanimously elected him to serve as Chair for the two-year term running through February 2023. Pedroza has served as MTC’s Vice Chair for the past two years and has represented Napa County on the Commission since 2017.

“As the Bay Area, like the rest of the world, looks ahead to emerging from the COVID-19 pandemic, recovery and resilience will be front and center in all of MTC’s work,” Pedroza said. “That means working with our partner transportation agencies to adapt to new travel patterns and new budget constraints while continuing to focus on the user experience; working with our cities and counties — and so many others — on new solutions to the Bay Area’s housing crisis; and helping to make sure all Bay Area residents and all Bay Area communities get to participate in the region’s economic recovery.”

Pedroza first was elected to the Napa City Council in 2012, and then appointed in 2014 by then-Gov. Jerry Brown to represent the Fourth District on Napa County’s Board of Supervisors. Pedroza won election to a full term on the Board of Supervisors in 2016 and was re-elected in November 2020. A Napa native, Pedroza is a graduate of Sonoma State University, where he earned a degree in Business Administration with a minor in Economics.

“The transportation, housing and land use challenges we face are enormous,” acknowledged Josefowitz. “I am honored to have been elected to this position, and excited to work with Chair Pedroza, my fellow commission members and all those who call the Bay Area home to help our region emerge from this crisis more prosperous, more equitable and on a path to eliminating our greenhouse gas pollution and making our communities safe from wildfire and flooding.”

MTC is the transportation planning, financing and coordinating agency for the nine-county San Francisco Bay Area.