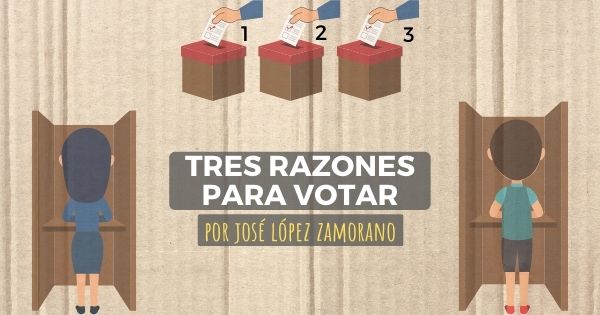 The November 3rd elections have already started and no racial or ethnic group in the United States has a better reason to participate than the Latino community.

No group is being so disproportionately devastated by the COVID-19 pandemic than we are. According to the Centers for Disease Control and Prevention (CDC), more than 30% of new infections where ethnic origin is known correspond to Latinos, even though we are 18% of the population. And the reason is that we do the riskiest but most necessary essential jobs.

No group has a lower proportion of access to health than the Latino community, a phenomenon that has more serious implications during the pandemic. Millions of Latino adults and children benefited from Obamacare, but Hispanics have less access than non-Latino whites, Asians, and African Americans. From before the pandemic, from 2017 to 2018, the health coverage rate had fallen 1.7% among Hispanics, but not among the other groups.

As if that were not enough, the Latino unemployment rate is twice as high as before the pandemic. During April it reached a historical ceiling of 18.9% and although it fell to 10.5% in August,

Hispanics face a double wall to access or apply for unemployment benefits, and there is an economic slowdown in sectors that employ high proportions of Hispanics, such as the hospitality industry.

It is a perfect storm compounded by discrimination, racial injustices, or policies like the fearsome Public Charge Rule, which has created fear among Latinos

more vulnerable to receiving benefits when they need it most, as well as by the unjustifiable decision of Congress to marginalize millions of families who have an undocumented member, from the urgent benefits of economic rescue packages.

The big question is whether these reasons are enough to motivate Latino voters to participate in 2020.

Perhaps no Latino advocacy organization has more experience answering that question than UnidosUS. In a span of 10 years, it has managed to register more than 700,000

people eligible to vote and, because it knows how much is at stake, this year launched one of its ambitious voter mobilization campaigns called “Adelante 2020”.

Clarissa Martínez, the deputy vice president of UnidosUS, told me that if the trends continue, up to 15 million Latinos could participate in the 2020 process, a record number, but also that there is no impediment by which that number cannot rise to 30 million, if we consider that at this moment there are 32 million Latinos eligible to vote.

“In our community, even when some are not very motivated by one candidate or another, one of the most powerful motivations has been ourselves. Millions of Latino voters have gone to the polls in past elections to raise the voice of our community and continue to increase our electoral influence. And that voice is sorely needed in these moments, when Hispanics have shown that we are essential workers, helping the country move forward. And we are going to show that we are also essential voters for the same reasons: for family, community, and country,” said Clarissa.

We have plenty of reasons to vote or, if we are not eligible, to encourage family, friends, and colleagues to do so. But our footprint goes through the requirement to register to vote

and there is little time left. In some states, the deadline expires one month before November 3, so do so now and participate. Other groups are doing the same. Getting involved has never been easier – by mail, early, or on Election Day.

If you still have doubts, let yourself be convinced by those three simple but powerful reasons: family, community, and country.