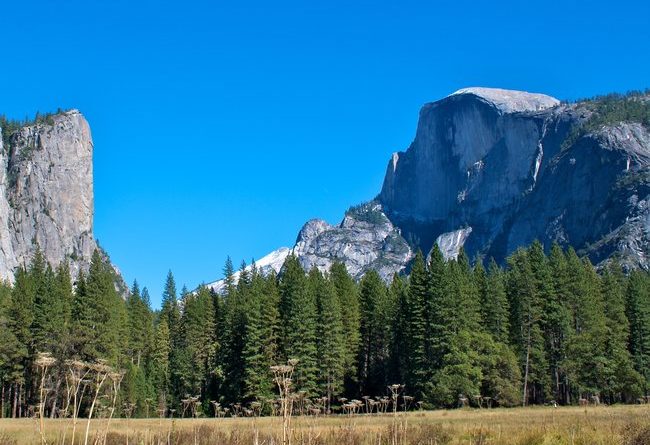 Yosemite is one of 28 national park sites in California that would receive funds for maintenance through the Great American Outdoors Act. Photo Credit: Schick/Morguefile
by ElObservador 06/12/2020

HEALDSBURG, Calif. — This week a long-awaited bill to cut in half the maintenance backlog at national parks is expected to get a vote in Congress.

The Great American Outdoors Act would take $6 billion in royalties from offshore oil and gas drilling over five years to fix federal sites — and it would permanently fund the Land and Water Conservation Fund.

Tallia Hart, CEO of the Healdsburg Chamber of Commerce, says the outdoor economy is crucial to one of California’s biggest industries.

“Tourism is critically important to Sonoma County,” she states. “Most of our sales tax revenue is generated from tourism, probably about 60%. And we’re incredibly dependent on the open and outdoor spaces.”

California’s national park sites draw 40 million visitors each year. The data shows that they spend more than $2.5 billion in local communities, which generates more than 35,000 jobs.

“This bill would invest the dollars to keep these systems functioning and safe, and in doing so it would also create jobs — and that’s really important right now to help the country get back on its economic feet,” she states.

President Donald Trump has indicated support for the bipartisan bill, which has been five years in the making.