Recognizing the important benefits that nature provides our communities, this unique public-private partnership focuses efforts on the protection of Coyote Valley’s vital natural infrastructure to benefit nature and people. When voters overwhelmingly passed Measure T in November 2018, it created an unparalleled opportunity to conserve and restore the South Bay’s largest remaining freshwater wetland, Laguna Seca, and significant undeveloped natural floodplains upstream of San José. Few conservation deals have been done at this scale, and San José is one of the first cities in the nation to significantly invest infrastructure funding in nature-based solutions to address flood risk reduction, water supply and water quality benefits to its human and natural communities.

Located at the southern extent of San José city limits, these undeveloped properties of North Coyote Valley will be purchased from willing sellers, Brandenburg Properties and the Sobrato Organization, at a cost of $93.5 million, making this one of the most expensive land conservation efforts in California. Details of the purchase and sale agreements were approved today in a 11 to 0 vote by the San José City Council.

At $100,000 per acre, the cost of land in Coyote Valley may be considered high compared to typical land conservation deals, but the price reflects the fair market value of the properties today. Fundraising for this purchase is being led by POST, with additional funding expected to be provided by public agencies and private foundations, including the Authority. Approximately half of the total funds needed to complete the transaction will come from the City of San José’s Measure T, a $650 million infrastructure bond.

“Our preservation of Coyote Valley for future generations makes good on our collective obligation of stewardship for our—and more importantly, their—planet,” said San José Mayor Sam Liccardo.  “I’m proud of our work, together with the Authority, POST, land owners, and many community stakeholders over the last four years, to negotiate agreements, build a public campaign, pass Measure T at the ballot box, and ultimately deliver on our promise to the voters.”

Liccardo further added, “While consistent with the vision of many of predecessors to protect our greenbelt for posterity, Coyote Valley’s conservation also enables San José to become more resilient to a host of climate-related perils, from wildfires to floods to drought.

In the Authority’s 2017 scientific report, the Coyote Valley Landscape Linkage, North Coyote Valley is identified as the critical landscape linkage between the Santa Cruz and Diablo Mountain ranges, allowing wildlife to migrate and adapt to a changing climate. It is the key link to connecting $3.5 billion of open space investments made in the adjoining mountains ranges where there are over one million acres of core habitat. Additionally, strategic conservation in Coyote Valley provides significant new opportunities for outdoor recreation and supports local agriculture.

For decades, North Coyote Valley has been under the threat of development and designated for industrial land uses, including Silicon Valley tech campuses and most recently, large distribution warehouses. This acquisition removes the threat of development and unlocks opportunities to implement a vision to protect and restore Coyote Valley’s significant natural resources, creating a landscape of regional, state, and even national significance.

“I commend Mayor Liccardo, the City Council, POST and the Open Space Authority for securing this landmark deal. Our natural environment is our first line of defense against climate change and this investment in Coyote Valley will be used as a model for climate-resilient infrastructure across the state,” said Ash Kalra, California State Assembly member for the 27th District. Kalra introduced Assembly Bill 948 in the California State Legislature to designate Coyote Valley as a landscape of statewide significance and create the Coyote Valley Conservation Program. “Along with the signing of Assembly Bill 948, this is a game-changing effort towards ending the decades-long urban sprawl mentality and speaks to the broad support for preserving and restoring precious resources throughout California.”

This landmark conservation action marks a paradigm shift away from sprawl and instead embraces nature-based solutions to reduce greenhouse gas emissions, increase carbon storage and support a more sustainable and climate-resilient region.

“San José is taking an enlightened and fiscally astute approach to land use by putting jobs and housing where today’s workforce wants to be and discouraging the sprawl that both exacerbates traffic and pollution and interferes with the natural functions of the land itself. Optimizing land use in this way aligns perfectly with POST’s mission,” said Walter T. Moore, president of POST. “Clean air, fresh water, a healthy functional ecosystem and easy access to recreation are just some of the many benefits people and wildlife will experience as a result of a protected Coyote Valley.”

Over the last forty years, environmental advocacy groups like Committee for Green Foothills and Greenbelt Alliance and the voices of many dedicated community members have made permanent protection of Coyote Valley a priority.

Once the transactions are completed, the Authority will assume responsibility for managing, stewarding and opening these lands to the public. They will coordinate with the City, POST and other key stakeholders to lead a multi-year public planning process to define the future of Coyote Valley and open it to the public. The plan will inform how to restore these lands to enhance the ecological, economic and quality-of-life benefits that they uniquely provide. During the planning process, which is expected to take 3-5 years, the Authority will provide organized educational events and volunteer opportunities to introduce Coyote Valley to the public. Details on how to get involved can be found at openspaceauthority.org/coyotevalley.

Additional funding will be required to fully restore the lands and allow for carefully planned public access. Efforts will continue with private donors, state agencies and private foundations. Details on how to support this private fundraising effort are available at https://openspacetrust.org/donate/.

“We have a once in a lifetime opportunity to protect and restore this Last Chance Landscape for its open space benefits including helping to build a climate resilient future for our urban and natural communities,” said Andrea Mackenzie, General Manager for the Authority. “The Authority is honored to partner with the City and POST to deliver a greener future for Coyote Valley.” 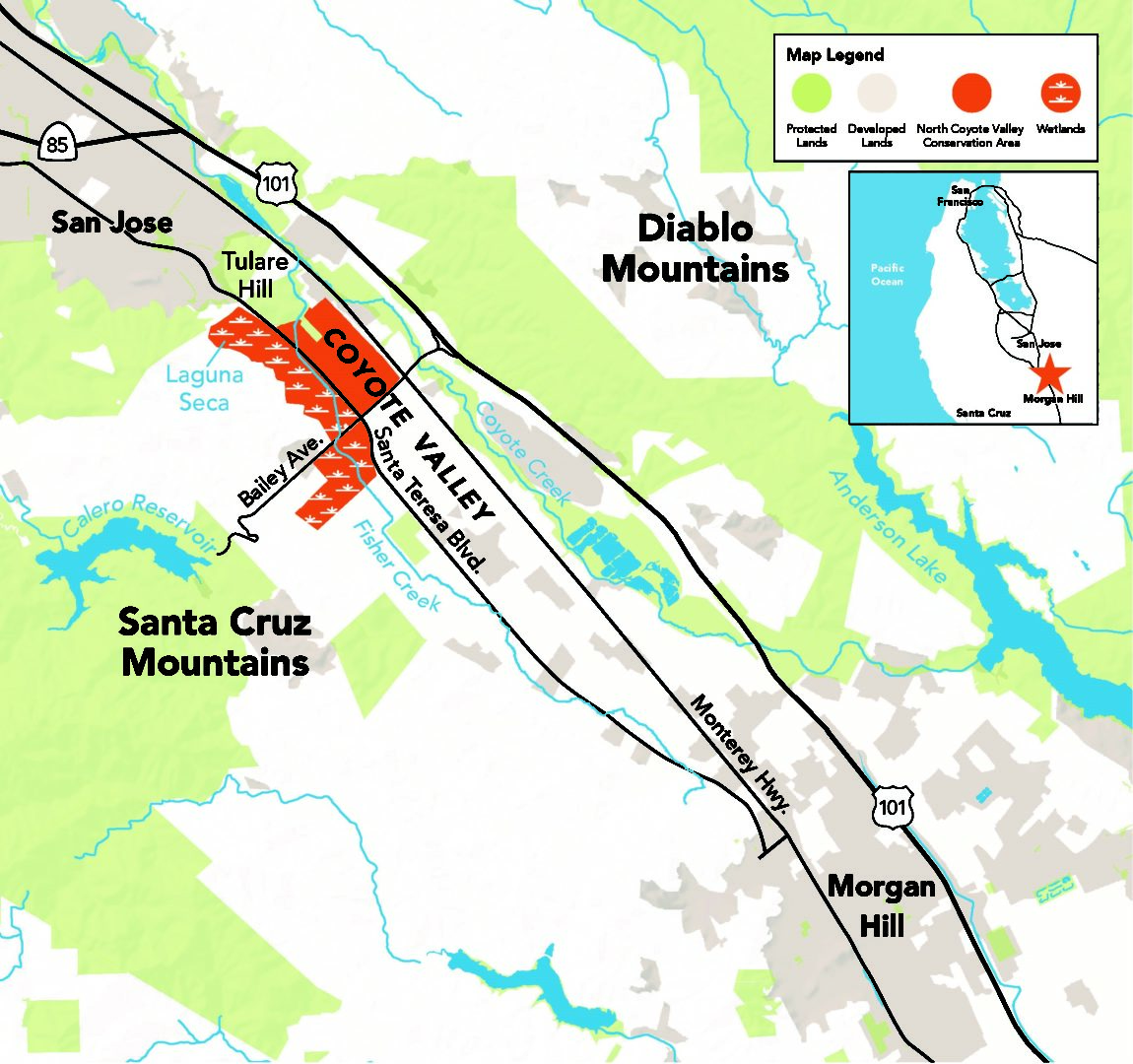 THOUGHTS ABOUT THE IMPEACHMENT INQUIRY AND THANKSGIVING