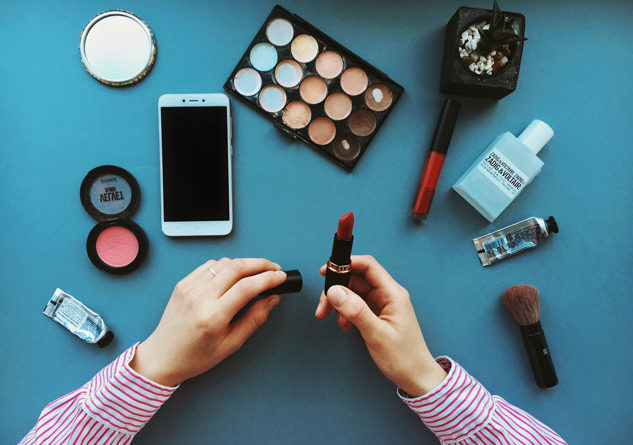 Current state and federal law does not prohibit the sale of cosmetics with toxic chemicals on the ingredient list. Photo Credit: Twenty20
by ElObservador 03/22/2019

SACRAMENTO, Calif. – Lawmakers in California have introduced a first-in-the-nation bill to ban toxic chemicals in makeup and other cosmetics sold in drug stores and elsewhere in the state.

Currently, it is legal for companies to sell cosmetics containing dangerous chemicals as long as they list them on the label and report them to the state. Assembly Bill 495 would make it illegal to sell these products if they contain mercury, lead, formaldehyde, asbestos, phthalates or even Teflon – any of about 20 items from California’s list of Proposition 65 toxics.

Susan Little, senior advocate for government affairs with the Environmental Working Group, said these substances can be quite harmful.

Last year, Claire’s stores declared bankruptcy after a report from the California Public Interest Research Group found asbestos in some of the makeup it sold. The cosmetics industry has lobbied heavily against bills at the federal level to regulate its products, although 40 other nations have adopted lists of chemicals that are banned in cosmetics.

Little said the Food and Drug Administration has claimed it doesn’t have the power to require recalls or take direct action – so, in essence, the feds trust the cosmetics industry to police itself.

“In fact, there was a press release the FDA just issued that directly states that, when it comes to cosmetics, the FDA holds little authority,” she said. “And this is their quote: ‘Currently, there are no legal requirements for any cosmetic manufacturer marketing products to American consumers to test their products for safety.’ ”

The Environmental Working Group has tested a large number of products and rated them for safety. Its “Skin Deep” database is online at ewg.org/skindeep.

The text of AB 495 is at leginfo.leglslature.ca.gov.

I saw a news item about overhauling classic old cars with electric engines, and wondering if this can be done with any old car?