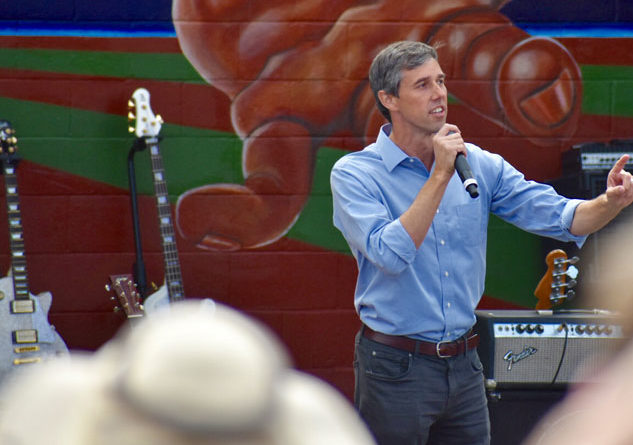 Washington – Beto O’Rourke, a contender for the Democratic presidential candidacy in the 2020 US elections, raised more than $6 million in the first 24 hours after announcing his run, his campaign team said Monday March 18, 2019.

O’Rourke, who collected $6.1 million last Thursday upon announcing his intentions, topped the candidate who had previously been the leader in the field, the progressive Bernie Sanders, who raised $5.9 million on the first day of his campaign.

“In just 24 hours, Americans across this country came together to prove that it is possible to run a true grassroots campaign for president – a campaign by all of us for all of us that answers not to the PACs, corporations and special interests but to the people,” O’Rourke said in a statement.

The Texas candidate said over the past few days that he will not be influenced by pressure from lobbying groups nor millions in donations to candidates from the super Pac political action committees.

Last week O’Rourke was added to the list of Democratic presidential candidates for the 2020 elections along with Senators Elizabeth Warren, Kamala Harris, Amy Klobuchar, Cory Booker, Bernie Sanders and more.

Polls show that the current favorite for the Democratic nomination is Joe Biden, former vice president under President Barack Obama, though he has not yet announced his candidacy.

Among the other hopefuls for the White House, Senators Harris and Klobuchar raised $1.5 million and $1 million, respectively, on the first day of their campaigns.

O’Rourke, 46, formally launched his run for the 2020 nomination in the state of Iowa with the promise of a “positive campaign” that “seeks to unite a very divided country” while counting on the largest campaign base in the history of the United States.

The candidate, who has been a state congressman in Texas, lost last year’s election for one of his home state’s two US Senate seats against the Republican Ted Cruz.

Despite the defeat, the final result was so close in the traditionally conservative state of Texas that it put him on the map as one of the most popular politicians in the country and he was able to raise millions of dollars in contributions thanks to the expectations he generated and his skillful use of social media.