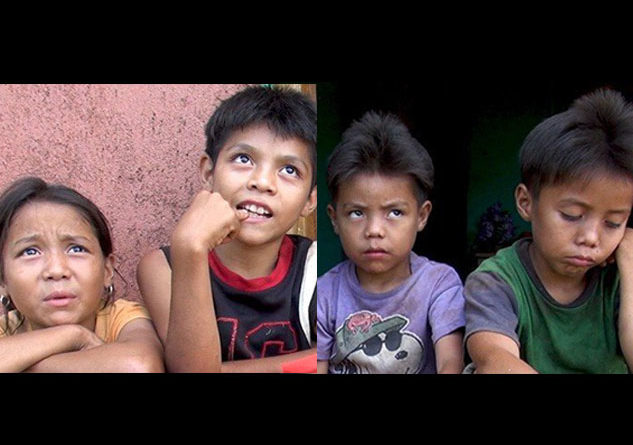 “Clean Hands”, a documentary from director Michael Dominic, tells the story of the Lopez family surviving off the largest dump, known as La Chureca, in Nicaragua. Filmed over 7 years we are introduced to Blanca and her partner Javier and their 4 young children. Shot in cinema verité-style the documentary captures the day-to-day life of the children, 3 boys and 1 girl, ages 6 to 10, as they scavenge for any items from the massive dump that can be used, sold or eaten. It is an unpleasant sight, to see the severely impoverished, the men and women for whom no other job exists other than living off the waste of others, and the children whose future seems fated to this miserable, hopeless existence.

For over 40 years, La Chureca, has been the municipal dump for the city of Managua, and was the largest landfill in Central America, covering roughly 100 acres – slightly larger than the Disneyland park site. The dump is home for hundreds of families, approximately 1,000 people, about half are children. It is in this context that we see what the family of Blanca and Javier must do daily to survive.

Michael Dominic, whose first documentary was “Sunshine Hotel”, came upon the idea to make the documentary about La Chureca after having been in Managua on assignment as a photojournalist. As he began to film at the dump, he met the four children who are the subjects of his film as well as their mother, Blanca, who becomes a central and controversial character in the documentary. What we witness are the lives of people on the fringes of society. What we eventually see is that the children are no different from other children. They love to play, they are mischievous, they want to learn, they want something better than what La Chureca has to offer them. What we learn is that not all things are as they appear and in the case of Blanca her truth is not always evident and coping with reality can at times be devastating leading to anger, abandonment and uncertainty.

The benefit of 7 years of filming this documentary allows the audience to see the transformation from despair to hope. Thanks to an American philanthropist, whom the director originally approached to fund his documentary but upon seeing some of the early footage she instead wanted to do more for the family, the children were gifted a newly built home and land to farm so that their family could escape life in the city dump. The one condition placed upon the family was to ensure the kids go to school. We see the children go from walking barefoot in the dump to being properly dressed for school. Toward the end of the 7 years of filming we see the kids, who upon seeing themselves in that early footage, are ashamed at having once eaten food that others discarded. For them at the early age it was the only life they knew. We see the girl, Zulemita, celebrating her quinceañera (15th birthday) – something that probably would not have happened had they never left La Chureca.

The documentary does not ask the audience to see the film from the perspective of immigration or the environment but one cannot escape the fact that those issues are present, if only in the periphery, and it is up to the viewer to make the connection between what is being shown in the film and what is being voiced in civic discussions here in America.

“A person’s work should have a social conscience,” Director Michael Dominic said, “I want my work to reflect that. I want to tell stories that happen in the world. There are many things we take for granted, half the world has too much, half the world has very little. White America seldom gets to see the type of people shown in this film. A goal of the film was to humanize these people.”

When asked what he hopes the audience takes away from the film, Michael replied, “that empathy should not stop at the border.”

Clean Hands premiered at the Cinequest Film & Creativity Festival and will next be shown at the San Diego Latino Film Festival March 14-24.