“Something Rotten” This Way Comes 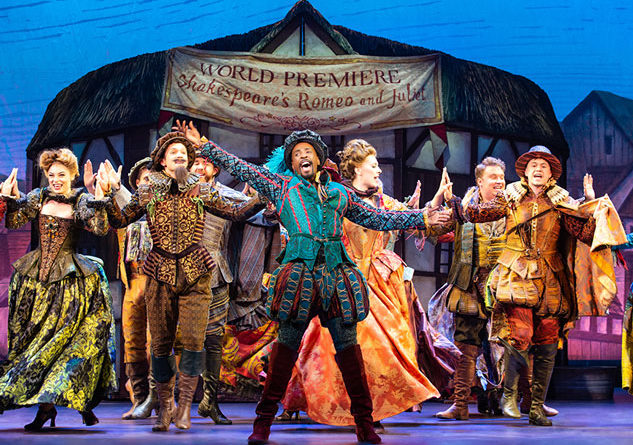 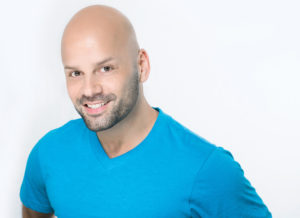 Danny Lopez is a dance captain and swing in the comedic Broadway show “Something Rotten!”, which comes to San Jose from January 29 – February 3, 2019. Photo Credit: Broadway San Jose

Danny Lopez is a theater performer who hails from Stamford, Connecticut. Of Puerto Rican background, Lopez was born and raised in Stamford, about a 30-mile drive from the iconic Broadway area of New York City. Currently, he is on tour with one of Broadway’s newest and most acclaimed shows, “Something Rotten!”, as a dance captain and swing. Interestingly, his path to the stage is an unlikely one, as evident by his graphic design degree and schooling. While Lopez did pursue theater as a fun hobby while going to school, that hobby has now blossomed into his main focus.

And what is “Something Rotten!”? It follows two brothers during the renaissance trying to write the first ever musical, after advice from a soothsayer telling them it’s the next big thing in entertainment. All the while they are trying to outdo a much more popular competitor in the arts – Shakespeare himself. With odes to the history of Broadway shows, the self-referential comedy driven production is something that’s actually not so rotten at all, according to Lopez.

The following is a Q&A session with Lopez about the show, his own background in theater, and what moments are the most memorable this tour.

Danny, could you give us a rundown of how it is you ended up pursuing theater? What was your inspiration?

Growing up I was always a very shy kid, the thought of getting up and speaking to a group of people kind of terrified me. So, theater was never anything that was kind of on the horizon for me, but during high school and middle school one of my cousins was always involved in the school plays and musicals and I kind of liked watching the shows, I found them interesting and very entertaining. During my senior year of high school, she was involved in the high school musical revue, I wasn’t really involved in many after school activities or anything like that, so I would go and sit in on her rehearsals from time to time. One of the cast members of the show kind of stopped showing up to rehearsals and one day they asked me if I could just fill in for that day and read some of the lines while they were going through it, and I did that, and then the director asked me if wanted to be in the show.

I had never done a show before, I had never really sung anything, I had never danced, I had never done anything. So, this was all new territory for me, and I became part of the show. I was taught choreography which I picked up really well, and the choreographer started putting me in the front of the dance numbers and had me join the dance troupe at the high school. From then, that was the start of my love affair with theater. I started auditioning for community theater, going to New York City to take dance classes. I started taking voice lessons. All the while going to school for graphic design.

Once I got my associates of graphic design I transferred to SUNY Purchase which is a huge school for arts, more so fine arts. While I was there I decided that I wanted to pursue acting and I started going out for it and then I started landing jobs regionally and it was great, I was having the time of my life. I kind of went back to graphic design after about three years, I was in a relationship and I kind of wanted a “normal” schedule, a normal life. I was kind of missing that part of things, so I left theater for about three years, I went back to graphic design, I had a job doing graphic design in New York.

All the while, seeing all of my friends posting that they booked national tours, that they booked Broadway, booking this and that. I started to miss it a lot. So, I decided to leave graphic design once again and go back to performing. About a year later, I ended up booking the national tour of “Mamma Mia!”, which was probably the biggest thing that I had booked until then. I toured with them for four years, and I ended up getting this, a year after that, and now I’m on the road again.

Do you feel like your well versed in the travel aspect now because of your previous experience with touring?

Doing it for four years, I think I’ve got the hang of things. I’m very used to living out of my suitcase, I don’t mind the travel at all. Sometimes it can be a little hard on the body, traveling because we travel a lot by bus and it could be a little grueling traveling by bus for however many hours we’re on there. But I’ve gotten used to it, I don’t mind going from hotel to hotel. I like getting out there and seeing the world and seeing the cities because I’ve been on tour for so long I’ve pretty much been to every state in the country. The only one I have left is Hawaii. So hopefully I’m going to take a vacation there someday!

Now, could you tell me a bit about the background of “Something Rotten!” and what’s going on in this story?

“Something Rotten!” takes place during the renaissance, the 1590s, and there are these two writers, Nick and Nigel Bottom and they’re kind of in the shadow of Shakespeare, who is seen as kind of this Rockstar, a la Mick Jagger. One of the brothers, Nick, hires a soothsayer to find out what the next big thing in theater is going to be, and he tells him it’s musicals. So, the two brothers set out to write the first musical ever, and hilarity ensues. It’s so fun, so funny. The show is written so clever, and so smart, it’s pretty much, I think, like a love letter for Broadway. It’s such a good time and gut busting laughter.

You are a swing and a dance captain for this production. Could you expand on what your day to day duties are and your roles on and off the stage?

As a swing I cover eight of the ensemble members and I also cover one of the featured roles in the show. We also have another male swing who covers the eight ensemble members as well. Depending on who calls out, either one of us will jump in to those tracks in the show. It’s a very tough position to have, not everyone is built to swing a show. You have to kind of have the right mindset for it because you have to be able to mirror choreography, remember every track there is. There’re so many tracks in this show that are featured so you have to be able to just change your mindset and switch. It has to be like a switch in your brain to just go from one character to the next. We just had our female swing go on for three different characters, just back to back.

When you find someone like that you hold onto them because they become kind of necessary and important. I swung for “Mamma Mia!” for four years so I kind of already had the swing of things, if you will, but in addition to knowing all of the tracks I’m also the dance captain, so I kind of have to know the entire show. I’m in charge of maintaining the choreography while the choreographer is not there, like the eyes of the choreographer, while we’re on the road. I help teach understudy rehearsals, so I teach all of the understudies all of the choreography for the parts that they cover. It’s a daunting job, but it’s a lot of fun and it definitely keeps me on my toes.

What would you say is your favorite performance or moment in the show?

Without a doubt that would be the number called “A Musical”, that one has a lot of different references to Broadway and it’s a very big production number and at the end of that number we always get lots of applause. There’s so much laughter, so much energy, so much excitement on stage, there’s nothing like that. At the end of that number you feel like you’re a Rockstar. Like if people came to see Beyoncé. Sometimes that’s the type of reaction we get after that number. It’s incredible.

Even just watching that from the wings, seeing the faces light up on the cast members because they see how happy and excited the audience is, there’s definitely nothing like it. You don’t have to get musical theater to get those references. You’ll get the jokes because it touches on big staple moments in those big staple musicals that everyone knows, that have become part of pop culture.

Okay my last question: Do you have any memorable stories of being on tour thus far you could share?

On this tour probably one of my favorite moments was I had to swing on for one of the tracks, one of the leads called out so one of the ensemble members as his understudy has to go in for that role and I went on for that ensemble member. I had pretty much lost my voice, so I went on for one of the feature roles as [a] judge in act II. The only way that I could speak was with a very deep, deep sounding voice because I had nothing in my upper register. I tried to warn some of the cast members to let them know this was the type of sound I was going to be using on stage that day. Unfortunately, that wasn’t enough to keep them from kind of laughing a little bit on stage. It just became something that we’re always going to remember. People still talk about it to this day. Its live theater, things happen all the time, and that just happens to be one of the moments that I think we’re never going to forget. And they always remind me, “We want that judge to come back to the show, it was so much fun!”

“Something Rotten!” takes place at the San Jose Center for the Performing Arts January 29 – February 3, 2019. Tickets and info are available through ticketmaster.com and broadwaysanjose.com.