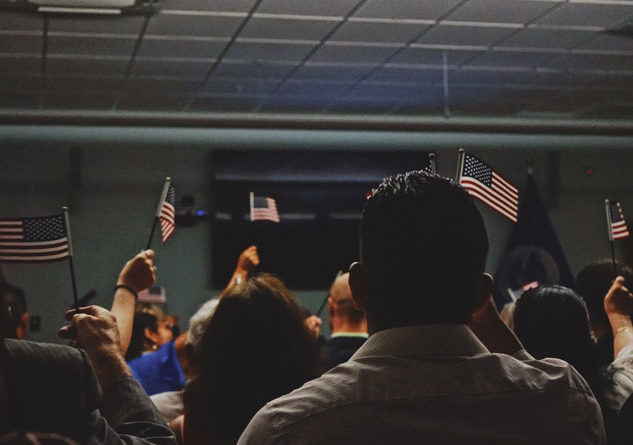 As the Census Bureau prepares for its 2020 count, concerns about new plans to question respondents about their citizenship status have taken center stage.

But now, civil rights activists and others focused on the importance of ensuring a full and accurate tally of everybody living in the United States are also worried that current administrators seem to be wavering from a long-standing practice of fiercely safeguarding the confidentiality of census data.

In discussing the implications of government workers asking vulnerable communities about their legal status, Department of Justice officials were reluctant to reassure members of Congress this spring that census confidentiality remains sacrosanct.

“We are alarmed,” Corrine Yu, of the Leadership Conference Education Fund, the country’s oldest coalition of civil rights activists, said. “We are alarmed by DoJ’s position that census confidentiality protections are open to debate. In our view, there is no debate.”

Although census data informs billions of dollars of government spending, the allocation of government representatives, business decisions and more, the Census Bureau’s “culture of privacy” bars sharing information gathered beyond sheer numeric tallies. That prohibition lasts for the lifetime of those who have access to the data, with penalties that include years of incarceration and hefty fines.

But things may be changing in Wilbur Ross’ Commerce Department, which oversees the Census Bureau.

California is only one of many states, cities and others who have filed lawsuits opposing Ross’ intention to add the question about respondents’ citizenship status to the 2020 census questionnaire, a proposal made at a very late stage in the normal, carefully thought-out and field-tested process.

At a May appearance by John Gore, acting head of the DoJ’s civil rights division, before the House Committee on Oversight and Government Reform to discuss that proposed change, California’s Jimmy Gomez (D-Riverside) asked if Justice concurred with findings prior to the 2010 census that “there appears to be no provision in the USA Patriot Act that would supersede or create an exemption to the confidentiality provision of the Census Act.”

That opinion was rendered in 2009 to address concerns that the then-recently enacted Patriot Act, created in response to the Sept. 11, 2001 attacks, would impact census confidentiality practices.

Gore declined to answer, citing the litigation already filed against the proposed citizenship question. Gomez then asked for a written response.

A June 12 draft of that response, not released but recently uncovered in the course of California’s suit challenging the proposed citizenship question, raised red flags among concerned observers.

“I don’t think we want to say too much there, in case the issues addressed in the OLC opinion or related issues come up later for renewed debate,” Ben Aguinaga, Gore’s chief of staff, wrote. OLC is the Justice Department’s Office of Legal Counsel.

“We are worried about response rates and working to ensure a fair and accurate count. This affects every state, rural and urban areas alike. That’s why there’s such a groundswell of opposition to the citizenship question. It’s a real problem.”

Current census confidentiality protections, though, Yu said, “are the strongest in federal law.”

Already, the census’ biggest challenge is to follow its mandate, enacted with the U.S. Constitution in 1790, to count every person residing in the United States, whatever their circumstances. Opposition to the citizenship question often focuses on the concern that people won’t trust that they can be honest about their situations without fear of becoming targets of law enforcement, immigration authorities and the like. To bring into question the underlying guarantee of confidentiality only increases the challenge of obtaining the best data possible.

Asked what steps are available to protect census confidentiality, Yu said: “Congress should continue to press senior administration officials, including Cabinet members, for confirmation that they will respect the ironclad confidentiality protections for census responses that are embedded in the Census Act (Title 13, U.S.C.).

“Congress’ efforts could involve oversight hearings, requests for written assurances from relevant Executive Branch agencies, and – if necessary – considering legislation that would remove any doubt about the supremacy of Census Act protections

“Advocates will continue to work with Congress, which has constitutional responsibility for the census, and senior Census Bureau and Commerce Department officials, to secure written assurances from the Justice Department and other federal agencies that they fully understand the supremacy of confidentiality protections in the Census Act and that they will respect the need for a positive environment before and during the 2020 Census.”

And asked of any indications of changes already apparent in the government upholding its tradition of confidentiality, she said, “Civil rights advocates and other census stakeholders will be monitoring carefully the public rhetoric coming from the White House and senior administration officials with respect to the constitutional requirement that the census count all persons living in the United States and the statutory requirement that census responses cannot be used for any purpose – including national security and law enforcement – other than producing anonymous, aggregated statistics (datasets).

“We also will be monitoring the activities of immigration and other law enforcement authorities as the start of peak census operations approaches and during the census, to be sure there are no activities, such as immigration raids and sweeps of certain communities (other than searches for criminals who are endangering public safety) that could needlessly frighten residents away from participating in the census.”

“Congress has a role to play,” Yu said. “Our hope is that Congress exercises robust oversight of the 2020 census.” She cited concerns about “insufficient and frequently late” funding of census work in recent years to prepare for the 2020 count, with its plans to be the first to which people can respond online.

“We need to make sure the Census Bureau has the resources it needs to do the job well.”

Yu and a colleague, Allyn Brooks LaSure, spoke of how “we blew the top off” of their target of encouraging 100,000 public comments on the citizenship question plan prior to the Aug. 7 deadline for such comments. A quarter-million voices made themselves heard, they said.

As for what effects that public outcry may have, Yu said, “The Census Bureau is expected to submit the final 2020 Census questionnaire to the Office of Management and Budget by the end of this month, for approval under the Paperwork Reduction Act. That request will allow for another 30-day public comment period (which is somewhat pro forma), but more importantly, it will address the tens of thousands of public comments submitted previously in response to the proposed questionnaire.

“Both comment periods provide an opportunity to establish a strong, clear public record from a broad range of stakeholders and experts who oppose addition of a citizenship question to the 2020 Census,” Yu said in conclusion.