Communities of Color Most Vulnerable to Wildfire Devastation 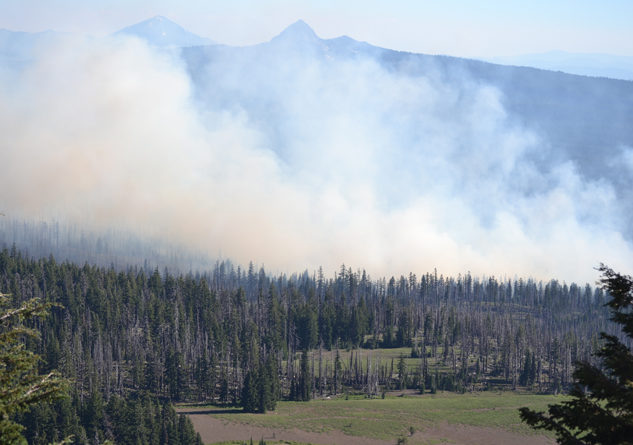 SEATTLE, Wash. – Communities of color face the greatest risk from wildfires, according to a new study.

Across the country, 29 million people are vulnerable to the fires’ most devastating effects. Researchers at The Nature Conservancy and the University of Washington found socioeconomic factors put 12 million at the highest risk for disaster, and say that vulnerability is unequally distributed based on race.

Majority black, Hispanic and Native American areas are the least equipped to deal with fire. Study co-author Phil Levin, lead scientist at The Nature Conservancy in Washington, says fires may be natural – but not all their effects are.

“We’re always going to have wildfires, but they don’t have to be disasters,” says Levin. “Just like a flood doesn’t have to be a disaster. A lot of what we see as disaster is really the consequence of the social, political and economic context in which the natural event occurs.”

Levin says the disproportionate effect of Hurricane Katrina on black communities in Louisiana compared to white communities inspired a deeper look into similar concerns in wildfire-prone areas. The study finds Native Americans are six times more vulnerable than would be expected if all things were equal.

Report co-author Ian Davies is a UW graduate student. He helped compile census data from more than 70,000 tracts and identify factors that make communities more vulnerable to fire, such as low incomes, language barriers and lack of transportation.

Before the study, Davies – who lived through a large 2003 wildfire near San Diego – says he had assumed that typically, affluent white families would be most susceptible to wildfire damage.

“The one big use of large data sets like this is, it helps to fight the perceptions that we may have just from reading newspapers or personal anecdotes,” says Davies.

Levin adds wildfire risk affects a large swath of the West. He hopes this data can be used to narrow down which communities need the most support.

“Not only where are we likely to have fires, but where are those fires likely to have the biggest impact on people? And use that as a way to prioritize our fire management efforts,” says Levin.

With the onset of global warming, how likely is it that ski resorts and skiing itself might soon become a thing of the past?