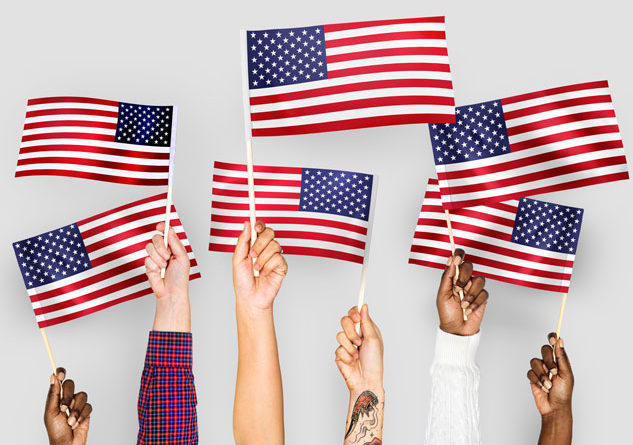 – 87% of Americans: “most divided our country has been in my lifetime”

– 70% frustrated by how “both sides” handled Kavanaugh nomination

– Conventional wisdom of a nation split 50:50 is wrong: landmark study finds much more diversity of views among Americans

NEW YORK, Oct. 10, 2018 /PRNewswire-HISPANIC PR WIRE/ — Just days after the Senate voted to confirm Brett Kavanaugh’s nomination to the Supreme Court, nearly nine in ten Americans feel the nation is more divided than at any point in their lifetime. Yet despite a sense of deep polarization, 77% of Americans say that our differences are not so great that we cannot come together. These dynamics of polarization are explained in a new national study by More in Common, an independent nonprofit focused on uniting divided societies.

Hidden Tribes: A Study of America’s Polarized Landscape is a landmark study undertaken by a team of social scientists and researchers at YouGov in partnership with More in Common. The study launches a year-long project to examine what is driving Americans apart, and what can bring them back together. It is based on a representative survey of 8,000 Americans and in- depth conversations with everyday Americans across the country.

“From every corner of the country, we have heard from Americans that politics is tearing apart their families and friendships, and affecting their jobs and daily life,” said Tim Dixon, co-founder of More in Common. “We found that most Americans are fed up with this. Their views may differ on many issues, but a clear majority feel exhausted by the us-versus-them conflict which has spread from far-away debates in Congress to bitter disputes among neighbors, coworkers, and even family members at the Thanksgiving table.”

The study finds seven ‘tribes’ with distinctive beliefs, psychology and levels of engagement:

The views of Progressive Activists and Devoted Conservatives are starkly polarized, and on several key issues their views differ dramatically from the majority of Americans. They are more ideologically dogmatic, more hostile towards the other side, and more active in elections and on social media. Although they comprise just 14% of the population, their voices dominate public debate in the digital age.

But a majority of Americans belong to one of the middle groups, who do not identify with the unequivocal views of Progressive Activists or Devoted Conservatives. For example, 82% of Americans believe that the United States still has a serious problem with racism, but 80% also believe that political correctness has become a problem.

“Social media and angry pundits are distorting the national debate,” said Dixon. “The public is constantly shown cartoon character versions of the other side’s views. Most Americans – including both liberals and conservatives – are actually more reasonable than people on the other side are made to think.”

The study identifies an ‘Exhausted Majority’ comprising 67% of the American population (Traditional Liberals, Passive Liberals, Politically Disengaged and Moderates). While they hold a range of political views (and are not all centrists) they are united in three ways:

The study sorted people into tribes on the basis of their responses to questions about their values and worldview, not questions about current political debates or demographic information. Yet once a person’s tribe was determined based on their core beliefs, their views on a wide range of current issues could be predicted more accurately than by referring to their visible traits such as race, gender or income.

The study concludes that distinctive beliefs do not need to lead to conflict, as is reflected in the overwhelming majority of Americans saying that despite profound polarization, our differences are not so great that we cannot come together. It identifies a set of underlying beliefs and values on which Americans differ, as well as the values which bring Americans together across the lines of difference.

The Hidden Tribes project is identifying partner organizations across the United States with whom to explore how to counter the drivers of polarization, from the algorithmic design of social media to opportunities to connect diverse groups in local communities.

Findings on the Justice Kavanaugh vote were conducted by YouGov and collected between October 3-5, 2018 in a representative sample of 2,000 US adults through an online panel. The margin of error for this study is +/- 2% (higher for subgroups).

www.hiddentribes.us gives further details of the study’s findings. It will continue to be populated with new data over the next year.

About More in Common

More in Common works on strengthening societies against the increasing threats of polarization and social division. We aim to build more united, inclusive and resilient societies in which people believe that what they have in common is greater than what divides them. In the past year, More in Common has published definitive studies of the drivers of polarization in Germany, France and Italy, which have featured in The Economist, the New York Times, The Atlantic, the Washington Post and other publications.

What are PFASs and why should we be concerned about them?