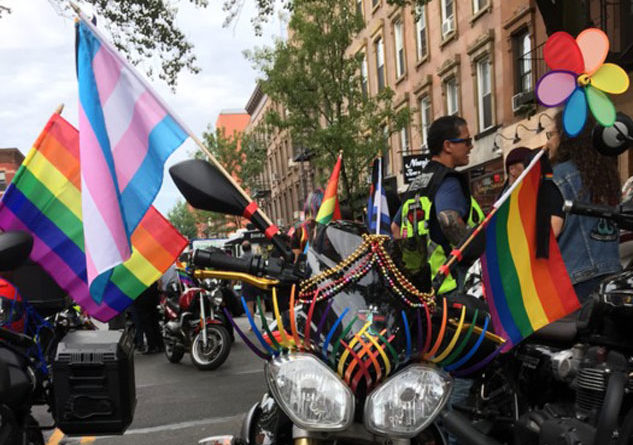 NEW YORK – Advocates for the rights of lesbian, gay, bisexual and transgender people say a policy being considered by the Trump administration would be illegal.

The policy, which would restrict a person’s gender to “male” or “female” as assigned at birth, is outlined in a memo from the Department of Health and Human Services that was leaked by The New York Times on Sunday. If adopted, policy analysts said, it would eradicate federal recognition of the nation’s estimated 1.4 million transgender people.

The memo sparked immediate protests across the country. According to Omar Gonzalez-Pagan, senior attorney at Lambda Legal, the policy would run counter to decisions already won in multiple courts.

“A majority of the courts have already said that discriminating on the basis of transgender status is a form of sex discrimination,” Gonzalez-Pagan said, “and so this is something that is completely inconsistent with that, and we would challenge it in the courts.”

The gender policy, being proposed by the Department of Health and Human Services, would affect rules at the Education Department and other government agencies. When asked Monday about the proposed policy, President Donald Trump said he wants to protect everybody and protect the country. However, Gonzalez-Pagan said the change would do just the opposite.

“It would seriously harm transgender people by limiting access to health care, by exposing them to discrimination in education, employment and housing, and eliminating enforcement by an office of civil rights,” Gonzalez-Pagan said.

Medical experts have said defining gender at birth based on genitalia is scientifically inaccurate and potentially harmful to patients’ health.

Four states and the city of New York recognize a non-binary gender designation on birth certificates. If adopted, Gonzalez-Pagan said, the federal proposal would not affect state laws for birth certificates or other forms of identification.

“We have brought lawsuits against discriminatory birth-certificate policies in Puerto Rico and Idaho and won those in court,” Gonzalez-Pagan said, “allowing transgender people to have accurate identification consistent with their gender identity.”

The memo proposing the restrictions on gender designations cites recent court rulings as one reason for implementing the change.

More information is online at lambdalegal.org.