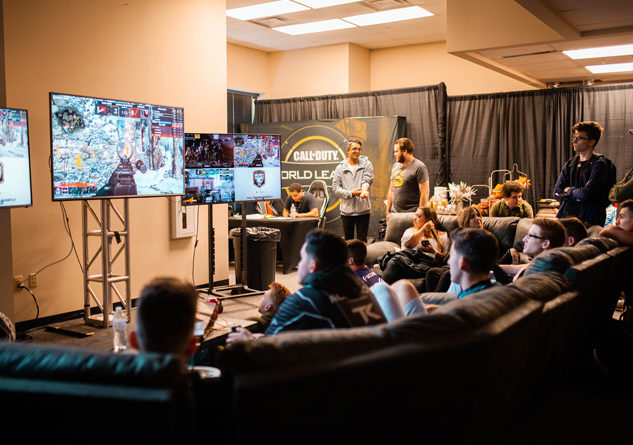 Gamers have been pitting their wits and skill against computers since the earliest days of video games. The levels of difficulty were pre-programmed, and at a certain point in the game, the computer was simply unbeatable by all but the most gifted gamers.

While creating different difficulty experiences has long been a discussion topic, something new happened in 2000 when Perfect Dark was released for the Nintendo 64. Like GoldenEye (one of the most beloved games on the Nintendo 64), Perfect Dark was an FPS that you could play with or against friends. Unlike GoldenEye, however, Perfect Dark offered the ability to add up to 8 computer-controlled enemies (called Simulants) to matches, with each Simulant having a customizable difficulty level (ranging from MeatSim to DarkSim).

Suddenly, you didn’t need to have friends come over to have dynamic gameplay experiences; Perfect Dark’s Simulant AI made every match different, and each match and Simulant could be customized to exactly the difficulty level you wanted.

Fast forward to the era of online gaming. The rising popularity of MMORPGs (i.e., World of Warcraft) and battle royal games (i.e., Fortnite) has changed the social paradigm of a generation. You never have to have your friends over; they are always available to play from wherever they are. But how much longer will you need friends to play with? This level of isolation may portend a new era of social interaction as human vs. machine and ultimately machine vs. machine contests evolve.

AI has been present in video games since their inception in 1947. You probably remember one of the best-known examples of human vs. machine gaming, IBM’s Deep Blue. It was a chess-playing computer that beat world chess champion Garry Kasparov in a six-game chess match in 1997.

The rise of machine learning combined with the increasing popularity of esports (organized, multiplayer video game competitions that feature professional video gamers gaming against each other with millions of dollars of prize money on the line), may inextricably link AI to gaming and esports.

FanAI raised $2.5 million to build a platform to optimize sponsorships for esports, while eSports One raised $3 million to use AI to help viewers figure out what’s going on in games they may not be familiar with. (With the esports industry expected to hit $2.5 billion by 2020, widespread understanding is crucial to continue to grow the audience.)

That said, the most common implementation of AI in esports is in the games themselves. Companies like AI Gaming want to develop smarter AI bots that would compete against each other in an effort to grow smarter and more competitive, while OpenAI, a research lab co-founded by Elon Musk, developed AI that can beat the top 1 percent of Dota 2 amateurs (though the AI lost a best-of-three match to some of the game’s best players in August 2018).

Two years ago, Google’s DeepMind team developed an AI system named AlphaGo, which beat Lee Sedol, one of the world’s best Go players, 4-1 in a five-game match. Last December, DeepMind one-upped itself with AlphaZero, a generic reinforcement learning algorithm that trained itself to beat AlphaGo in a mere 8 hours.

DeepMind has since shifted its focus to video games, using reinforcement learning techniques to teach its AI how to play games like StarCraft II and Quake III. DeepMind’s AI has gotten so good at Capture the Flag in Quake III that bot-only teams won 74% of their 2v2 matches at a recent tournament held by the DeepMind team.

What Will Humans Do?

Watching humans play each other creates the drama we call sports. Which raises the question, will the human imagination be captivated by picking a champion and cheering for one AI over another (even if they are anthropomorphically named)? Will that still be sports? Will an AI impresario (a purpose-built, best practices, fully automated martech AI) promote the event? Where is the line between the struggles and story arcs we care about (person vs. person, person vs. self, and person vs. forces of nature) and learning to care about artificial struggles and artificial story arcs?

Humans have a well-understood capacity to suspend their disbelief for the quality of their own enjoyment. So rooting for one team of AI players over another may just be the natural evolution of storytelling … but maybe not.

Why is Mainstream Media Still So White?