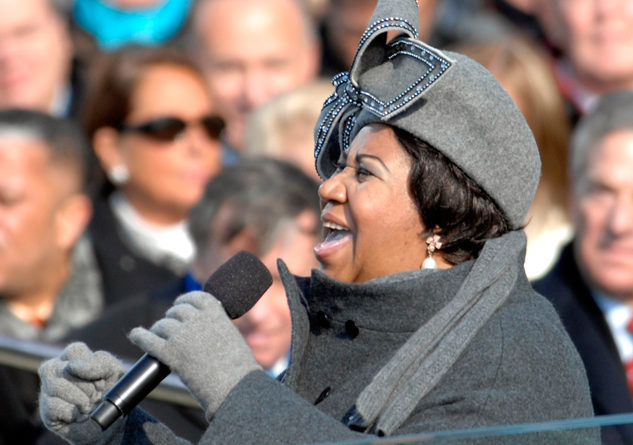 Washington – Detroit paid its last respects to Aretha Franklin this Friday with heart-wrenching cries, soul-music psalms and a funeral attended by notables from the worlds of politics and music.

The 76-year-old Queen of Soul died Aug. 16 at her home in the Motor City after a battle with cancer.

Former President Bill Clinton was one of the speakers who eulogized her during the funeral at Greater Grace Temple.

Clinton confessed that before entering politics, he and his wife Hillary were already unconditional Franklin fans, and later took the opportunity to invite her to events at the White House – she even sang at his inauguration.

Also remembering the artist were former Presidents George W. Bush and Barack Obama, who both sent letters to the family of the deceased, which were read at the funeral.

She was “the soundtrack of the civil rights movement,” said Sharpton, who used the moment to criticize US President Donald Trump for telling reporters that the artist “worked for me on numerous occasions.”

“No, she used to perform for you. She worked for us,” said a visibly annoyed Sharpton, who got a standing ovation from the crowd.

Franklin’s coffin was open at the beginning of the ceremony, which allowed those present to see her brilliant golden dress and high-heeled shoes aglitter with sequins.

Aretha has been dressed in different outfits for different ceremonies in her honor held in Detroit this week: a red dress on Tuesday, a blue one on Wednesday and pink on Thursday, when she was commemorated at New Bethel Baptist Church where her father was pastor.

The Queen of Soul was transported to the Greater Grace Temple in the same vintage white Cadillac used for the funeral of civil rights pioneer Rosa Parks in 2005.

After the ceremony, Franklin will be laid to rest at Detroit’s Woodlawn Cemetery alongside her father and other family members.

You never hear anything about ozone depletion anymore. Have we solved this problem and if so why can’t we get a handle on global warming as well?