I know that ranchers and environmentalists have traditionally been at odds, but what are some ways they are working together these days? 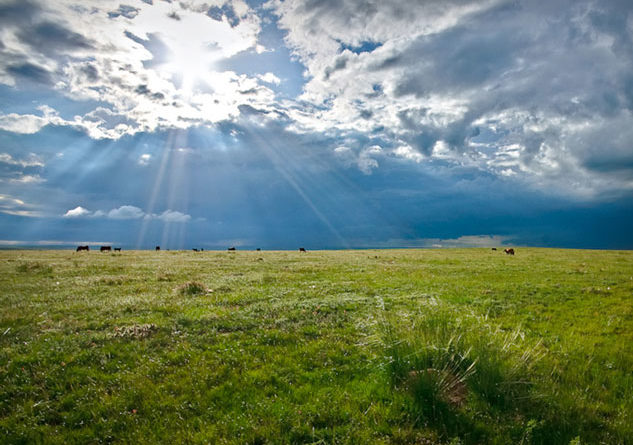 Sustainable ranching involves techniques like pasture rotation, range composting and other ways to reuse nature's resources for the long-term health of the land. Photo Credit: David Kingham, FlickrCC.
by ElObservador 08/31/2018

Ranchers and environmental advocates haven’t always seen eye-to-eye, but the differences between the two aren’t as extreme anymore, as more and more ranchers have come around to the understanding that taking good care of the land supports both economic stability and environmental health.

“For some, ranching was pursued in the past with an emphasis on raising beef at the expense of everything else,” says Bill Bryan of the Montana-based Rural Landscape Institute in a recent Christian Science Monitor. “As a matter of necessity, the old way of ranching is giving way to a new paradigm. Raising animals for the dinner table isn’t an activity that has to be at odds with the environment.”

According to the non-profit WWF, grazing—when done right—is key to maintaining biological diversity and ecosystem health across the Northern Great Plains, a 183-million-acre expanse of rangelands spanning five U.S. states and two Canadian provinces. “This vast landscape evolved in harmony with large herbivores such as bison and elk, and must be grazed in order to remain healthy,” reports WWF, which works with hundreds of ranchers across the region as part of its Sustainable Ranching Initiative. “Without grazing, woody vegetation such as juniper and cedar creep in and choke out plants that threatened species such as grassland birds need to survive.”

Not surprisingly, many of the ranchers that are following in the forebears’ footsteps have been utilizing what we now call “sustainable ranching” practices for decades already. One example is rotational grazing, that is, moving cattle herds more frequently to different pastures so they don’t overgraze any one particular patch of land. Another is utilizing buffer strips and grassed waterways away from hungry livestock to support soil and water quality.

A newer “best practice” entails depositing a quarter to half inch of compost on grazed land to kickstart the soil chemistry below while also absorbing significant amounts of methane—the most potent greenhouse gas—before it can head for the atmosphere and exacerbate global warming. This technique, dubbed “range composting,” is now becoming more commonplace as today’s ranchers care about reducing their carbon footprints like no generation before them.

Some ranchers are going a step further by adopting so-called “Holistic Resource Management” techniques based on traditional practices whereby they treat cattle and livestock more like a wild herd. “Altering cattle grazing patterns and herd clustering to emulate those of their buffalo predecessors has a significant positive impact on the environment, including the health and diversity of the native grasses,” reports the non-profit Organic Consumers Association.

“If this were really widely applied … you could zero out the greenhouse gas contribution from areas that are grazed,” says John Hart, an environmental journalist and the author of An Island in Time, a retrospective look back on 50 years of tensions between ranchers and environmentalists in Northern California. “I think this is an example of the need simply to be smarter in everything we do with the land and look for things other than what seem like black-and-white choices.”