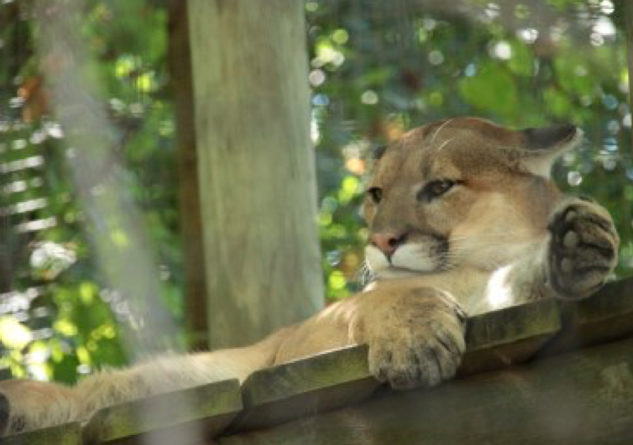 Essayist and poet Gary Snyder likes to tell the tale of coming home from a walk through the forest surrounding his home in the foothills of California’s Sierra Nevada mountains to find a wild cougar sitting under a window, apparently enraptured by the music coming through the wall as his daughter practiced the piano just inside. From this anecdote, it would seem that animals can appreciate and enjoy human music, but does the science bear this out?

“To animals, human music falls into that grating, unrecognizable category,” reports animal psychologist Charles Snowdon. “With vocal ranges and heart rates very different from ours, they simply aren’t wired to enjoy songs that are tailored for our ears.” He adds that animals generally respond to human music with “a total lack of interest.”

But Snowdon wondered if the inverse might be true, so he and some colleagues composed and recorded music they thought would connect more with animals. In 2009 their music, inspired by the sounds of tamarin monkeys, did have a perceptible effect on monkeys exposed to it. Songs inspired by the monkeys’ calming calls led the animals to relax while others inspired by their sounds of fear stirred them up.

Snowdon’s team followed it up in 2015 with a similar experiment on cats, developing music containing frequencies and tempos similar to those used by felines to communicate. They tested their cat-friendly tunes against standard classical music in front of cats in 47 households and found that music designed for felines tended to attract cats toward the speaker, while standard classical music engendered no response.

Elsewhere, a 2012 study published in the Journal of Veterinary Behavior found that 117 kenneled dogs exposed to different types of music appeared most relaxed (and slept the most) while listening to classical music but appeared agitated when listening to heavy metal. “These results are consistent with human studies,” the researchers noted, “which have suggested that music can reduce agitation, promote sleep, improve mood, and lower stress and anxiety.”

In another example, University of Leicester (UK) researchers found dairy cows to be more productivein milk output when they’re listening to calming music—such as REM’s ‘Everybody Hurts’ or Simon & Garfunkel’s ‘Bridge Over Troubled Water’. The chilled-out cows produced around three percent more milk than control groups listening to faster music or none at all.

Still other research showed that birds and humans react in similar ways to music. “We found that the same neural reward system is activated in female birds in the breeding state that are listening to male birdsong, and in people listening to music that they like,” reports Sarah Earp of Emory University. “Both birdsong and music elicit responses not only in brain regions associated directly with reward, but also in interconnected regions that are thought to regulate emotion. That suggests that they both may activate evolutionarily ancient mechanisms that are necessary for reproduction and survival.”