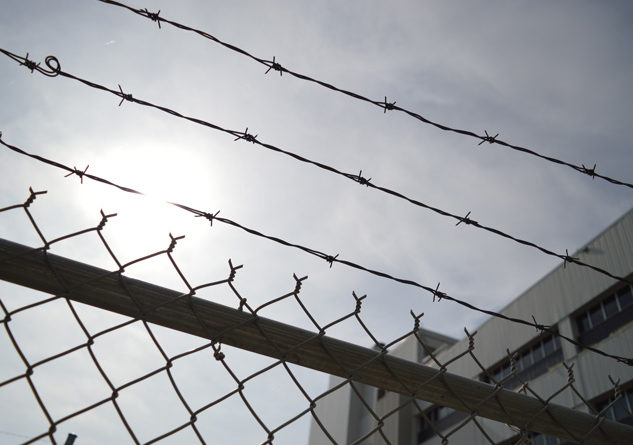 EO recommends that registered voters encourage their CA State Assembly elected representatives, both State Senators and Assembly members to vote YES to enact Senate Bill 10 Bail Bond Reform; Pretrial Release. As Section I documents, during 2016, 66% of County jail inmates were being detained simply because these individuals could not pay for a bail bond.

Low income individuals who did not have the wealth to purchase a bail bond are incarcerated to ensure their appearance whenever their case is considered by a court. The social costs of this practice are enormous; they have never been estimated.

For decades this practice has existed with the result that jail overcrowding happens. In Santa Clara County, Sheriff Laurie Smith has already presented the Board of Supervisors with a proposal to modernize and expand this county’s jails. Some 30% of jailed inmates have mental health issues and really would be better served if a mental health/psychiatric facility was made available.

It was through a report about the Realignment Project which transfers CA State Prison inmates back to the county jails that EO learned the following: The Department of Corrections, County of Santa Clara operates the county’s jails whose capacity is 3,800 inmates (includes both men and women).

This cohort is composed of 50% Hispanics; 12% African-Americans and 3% Asian-Americans. Clearly, of the 1,900 incarcerated Hispanics, half (950 individuals) are awaiting their court hearing simply because of their lack of enough money to purchase and post a bail bond. Senate Bill 10 would change things.

This practice has large social costs which have not been brought to the community’s attention. When the family’s wage-earner is jailed for his/her inability to post a bail bond, it is the family that endures the following: a) Loss of wage income and perhaps the job; b) sudden burdening of the wife (mother or significant other) of all responsibility for the financial affairs of their family unit; c) loss of parental guidance and training at home of their children; d) a need for increased health services (SCVMC), including mental health counseling; e) required support by the county’s social safety net services provided by the Social Services Agency welfare programs. And I am certain there are several more unrecognized outcomes, such as a child’s diminished school performance when a parent is jailed.

Supervisor Cindy Chavez has been the champion of this County of Santa Clara’s most recent effort to do something about this bail bond pre-trial release program. As I recall, a non-profit foundation was formed which provides and posts the necessary bail bond for those who are impoverished enough to be unable to post a bail bond without assistance.

An opportunity exists today to enact appropriate legislation (Senate Bill 10 Pre-Trial Release). It may be that the CA Correctional Officer’s Union may be opposed because the enactment of Senate Bill 10 may result in reduction of jail inmate populations currently requiring 24-7 protective custody services.

You may review this legislation by googling “Senate Bill 10, California”, as I did. I learned that this legislation is presented using 16,000 words. Much of the wording is legalese which is needed to deal with specific items which are being changed or impacted. These items include the judicial codes; criminal codes and documenting that this legislation was properly considered and enacted.

I recommend that you personally google Senate Bill 10 to review the ‘LEGISLATIVE COUNSEL’S DIGEST’ and read the captions of its 41 sections.

For example, begin with Section 1. “The Legislature finds and declares all of the following:

(a) Modernization of the pretrial system is urgently needed in California, where thousands of individuals held in county jails across the state have not been convicted of a crime and are detained while awaiting trial simply because they cannot afford to post money bail or pay a commercial bail bond company. In 2015, 63 percent of people in California jails were either awaiting trial or sentencing.
In 2016, the percentage of people in California jails awaiting trial or sentencing rose to 66 percent. As compared with the rest of the country, California has relied on pretrial detention at much higher rates than other states.”

EO projects that the enactment of “Senate Bill 10, Bail Bonn; Retrial Release” will mitigate much wrongful oppressions which low income families endure. This Senate Bill 10 needs your active encouragement communicated to your CA State Assembly elected officials so as to counter-act the lobbying influence of the bail bond industry and all those who profit from the enforcement of current laws which need urgent change.

Understand that the Hispanic community already is 40% of CA’s total population. The Latino community needs to ‘get out its voting clout’ this coming Tuesday, November 6, 2018 when the Mid- Term election happens. Plan to vote in your community’s best interest on that day.

It is only right and proper to have individuals to be released on their ‘own recognizance’ especially when their community’s safety and security is not endangered, and none have committed violent crimes; nor are drug addicts; nor are sexual predators.

*Addendum: Consider giving El Observador Foundation, Inc. (IRS Section 501(c)(3) non-profit) a $20 donation once every year. Every cent received by this foundation has been used to support Latino advocacy matters, train Latino journalists, and perform the research required for effective advocacy resulting with publication of truthful, factual, and useful information you use to make good decisions in your own best interests.