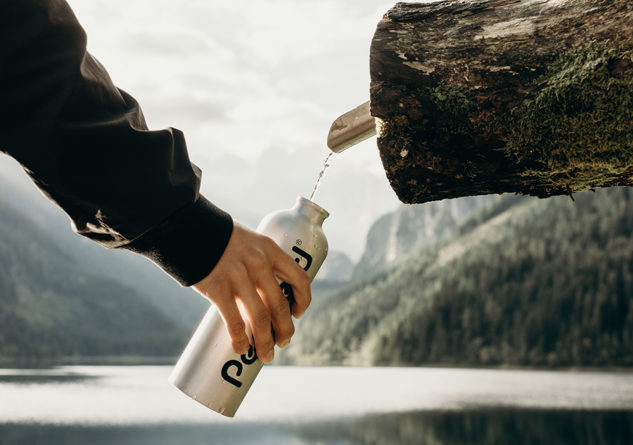 The current “California Water Fix and Eco Restore proposal needs to include desalination facilities which would ADD POTABLE WATER PRODUCED FROM Pacific Ocean using electrical power produced by solar and wind technology. The current plan, whose advocate is Governor Jerry Brown, should not be supported by CA’s voters because there is a need to anticipate the potable water needs of Agriculture, business and CA residents projected for 2050.

The current proposed plan does not add a single drop of additional potable water to that produced by unreliable natural weather systems. Global climate changes already have delivered six years of drought.

Up to the present time, it has been reasonable to divert potable water from the Colorado River, Owens Valley, San Joaquin River and its tributaries, etc….but the proposed diversion of all that Sacramento River water to meet agricultural needs of San Joaquin agribusinesses and the urban population of Southern California may not be necessary. Today, desalination processes are used to supply potable water to urban centers such as Israel and Dubai. While the initial investment in desalination is anticipated to be too high today, the reality is that the technology exists to use solar energy and Pacific Ocean waters, which are both available in sufficient quantities at no cost from now on.

Instead, imagine using the $15 billion (plus $8 billion for habitat restoration) to fund many desalination facilities all along the Pacific Coast from San Francisco down to San Diego. These desalination plants would ADD RELIABLE POTABLE WATER PRODUCED to whatever natural weather makes available. It is possible to make CA’s agribusiness and urban potable water needs become very reliably produced by use of the best desalinization practices whose technology already exists and is being used in the Mid-East.

EO recommends to VOTE NO until the current California Water Fix and Eco Restore project proposed today includes the future production of potable water using the best desalinization practices extant today. It may be that the $15 billion Delta Twin Tunnel need not be built. There is no doubt that the proposed twin diversion tunnels will result in major negative ecosystem impact (especially massive amounts of salt water intrusion into the Delta via San Francisco Bay).

For decades farming operations have extracted irrigation water from the aquifers causing the topography to become several feet lower due to irreversible subsidence. Already areas of Alviso are below sea level and areas east of Fresno have dropped 13 feet or so causing the existing aqueducts to have ‘choke points’ which reduce capacity to move water southward using traditional gravitational flow.

Do google “California Water Fix and Eco Restore”, formerly known as the Bay Delta Conservation Plan.” You will learn it is a $15 billion plan proposed by Governor Jerry Brown and the California Department of Water Resources to build two large, four-story tall tunnels to carry fresh water from the Sacramento River under the Sacramento-San Joaquin Delta toward the intake stations for the State Water Project and the Central Valley Project.

Each tunnel would be 150 feet (46 m) below ground, 40 feet (12 m) in diameter and 30 miles (48 km) in length. The tunnel project is as big or bigger than the English Channel Tunnel and Boston’s Big Dig. The project would also include three new intakes with a capacity of 9000 cubic feet per second (approx. 255 kiloliters per second) each, and a total annual yield of 4.9 million acre-feet. The proposed cost for the tunnels is $15 billion, with $8 billion additional devoted to habitat restoration. The project was to be funded by revenue bonds created by the agencies who benefit, and paid by the farmers and urban water users who benefit from the project, not taxpayers as a whole, and thus not requiring legislative or voter approval. However, an audit by the U.S. Department of the Interior released in September 2017 revealed that $50 million of the taxpayers’ money was funneled into the project.”

If $50 million of CA’s taxpayers’ money was funneled into the project, then I would insist that the CA electorate be given an opportunity to vote YEA or NAY on this initial project proposal.

It seems prudent at this time to add the use of desalination technology to support the continued social and commercial growth of CA’s economy.

It is time to add desalinization technology to the traditional diversion practices. The inclusion of desalinization technology will add potable water production capacity which can be built one increment at a time; is feasible and sustainable; and can be managed effectively. Moreover, this additional approach will create local jobs at each production site. Any environmental impact issue encountered can be resolved or mitigated at each site.

The ability to have adequate and reliable potable water supplies will eliminate the need for any future ‘CA water wars’ because these legal conflicts will become moot.

A desirable outcome will result: CA’s economy, which is already the sixth largest global economy, can continue to be supported and sustained. Its diverse population demographics will continue to thrive. Truly, this is a win/win outcome.