THREE EVENTS WORTHY OF YOUR INTEREST AND ACTION 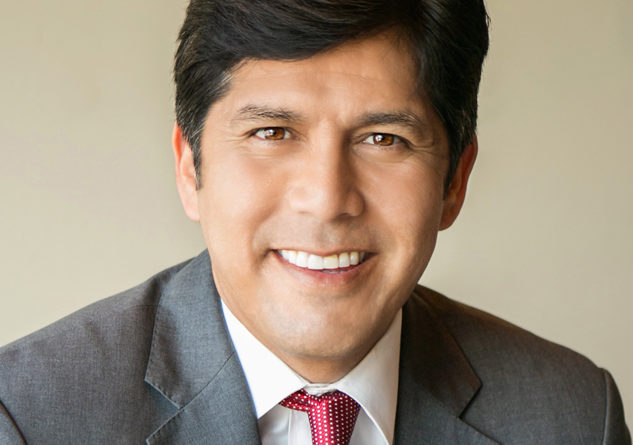 ALUM ROCK ELEMENTARY UNION SCHOOL DISTRICT: The local constituents, especially parents who have their kids attending AREUSD schools, need to be commended for their sustained monitoring of the existing five-member school board which contains a three-member voting block which needs not only community oversight and monitoring, but also undertaking of plans to replace at least two members this coming Tuesday, November 6, 2018 election day. This local community is an example of what organized constituents can do to ensure that School Bond Funds are expended properly. Local AREUSD residents have been maintaining their presence at every scheduled and special board meeting to ensure adequate monitoring and oversight. Their petition to limit Del Terra’s contractual involvement was one accomplishment and recent emails reveal that Del Terra has other contracts with at least two other school districts which merit close scrutiny. The AREUSD Board response to the Civil Grand Jury are available online:

At the minimum, established administrative and contract policy and procedure are being used because of their community’s obvious interest and presence. There were those who were concerned that public attendance would drop off during the summer recess…not so because too much is at stake; and achievement of current levels of monitoring and oversight activities are commendable and effective.

LET’S TAKE ADVANTAGE OF ELECTING A LATINO SENATOR: The CA Latino community all need to know the CA State Democratic Party Executive Committee met last Friday and Saturday (07.13-14, 2018) at Oakland, CA. This establishment executive committee did the unusual by endorsement of Assembly member Kevin de Leon for being elected to the U.S. Senate this coming Tuesday, November 6, 2018. As an advocate, EO’s Hilbert Morales proposed that Kevin de León’s endorsement would give the growing Latino community direct representation; would give Latino millennials a reason to vote for Kevin de León to be their next U.S. Senator; and would indicate that the CA State Democratic Party leadership was creating a link into the future development of public policy which needed crafting by a representative who came from that community.

The demographics have changed during the past 25 years and today de Leon, who was born and raised in LA’s barrio community; achieved college degrees, has relevant experience as a public servant (going from local city council to the State Assembly); and has a history of effective public program development and relevant legislative experience…in short the election of Kevin de Leon would provide CA’s Latino community to governance by someone who identified with them and had a personal gut level empathy for the challenges faced by this marginalized cohort of constituents.

Now it’s up to all registered voters, especially the Latino’s silent majority, to use their “vote-by- mail ballot” or to go to the polls on Tuesday, November 6, 2018 in record numbers which would ensure election of Kevin de León as the next U.S. Senator who will directly represent their perspectives and values at the U.S. Senate. For several decades two women Senators represented CA; with Kevin de León’s election and installation, for the first time in decades, CA’s U.S. Senators would have the perspectives of both a man and a woman. And that is as it should become. So, plan to support Kevin de León as the next U.S. Senator representing California along with Kamala Harris, an African-American woman who was also supported by the same CA State Democratic Party establishment. Plan to vote on Tuesday, November 6, 2018 for Kevin de León in great numbers which would ensure that Latinos have direct representation at the U.S. Senate. That would be awesome and cool.

ENCOURAGE THE U.S. SENATE TO BEGIN IMPEACHMENT PROCEEDINGS: The recent performance at the NATO meetings; EU meetings; and Summit meeting at Helsinki, Finland with Russia’s President Vladimir Putin was so sub-standard in that American ideals and standards were not presented at all by our current ‘elected president’, Donald Trump. His actions and words insulted our allies; He was disrespectful of U.K. royalty by not following established royalty protocols as a visitor; and did not stand up to Putin at all…An unprincipled and uncivil Mr. Trump did not act like a world leader representing the most powerful military and economic force: America. Rather, Mr. Trump sided with our perennial adversary: Russia’s autocratic leader, President Putin. Trump ignored the detailed revelation which established Russia’s meddling with the U.S. 2016 presidential election by twelve Russian military internet hackers who Putin knew about. As an outcome, Republican dominated Senate (and House) members need to ask Mr. Trump to resign or face impeachment.

The world and all of us in America witnessed Trump’s lack of respectful civil leadership. Tell your congressional representative that ‘Mr. Trump, resign before you get fired via impeachment.’ We all have knowledge of enough circumstantial evidence which establishes his treasonous behavior. Trump has already dismantled many progressive programs and policies which impact We, the People while taking care of special corporate individuals and interests (large tax breaks; providing access to national forests and monuments; favoring privatization of federal programs & U.S. Post Office rather than retaining current public administration thereof; impeding development of singly payor national health insurance policy; and much more. Trump’s cabinet has been instrumental in dismantling of education, health care, consumer protection; labor union’s collective bargaining and fee collection practices; and much more.

It is time to ask Mueller to provide the findings of his investigations prior to the coming Tuesday, November 6, 2018 midterm elections. Hopefully, the silent majority will vote and help ‘flip the U.S. Congress from RED to BLUE. Let’s get the American Ship of State back on course. Only we American citizens may do that responsibly and effectively.

Note that in all of the above three situations a requirement is the participation of citizens as registered voters. It takes engaged citizens to monitor our elected public officials and career public service professionals. It is their collective actions which have made America great. And know that already the diverse people of color exceed the whites…and will dominate the voting as soon as their great numbers get their ballots to the polls so that their values, perspectives and priorities begin to influence public programs in a manner that accomplishes ‘the greater good’. That is what it is all about. Your ballot is your power, authority and influence to guide this nation towards its future destiny. Plan to communicate your priorities and values by voting on Tuesday, November 6, 2018 midterm election.

And consider supporting EO’s effort to keep you informed with current truthful, useful and factual information by making one annual contribution of $20 to <www.el-observador.com> or to its non- profit EO foundation at <www.elobservadorfoundation.com>. Your support will be used to support and perhaps expand EO’s advocacy efforts. What EO’s management and staff do requires monetary support especially in these times when social media giants are sopping up most advertisement revenues and leaving little in the community. EO merits your support as your independent local weekly newspaper promoting no propaganda while being an advocate in your interests.

US Arrests Russian Woman Accused of Being Kremlin Agent