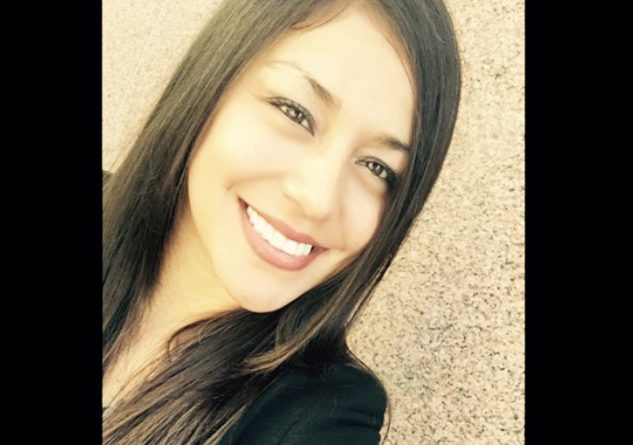 Monica Valencia is the founder of the nonprofit Dreamer Fund. It is hosting #UndocuFest, a fundraiser and festival in the Mission District in February. Photo Credit: Dreamer Fund
by ElObservador 01/26/2018

Meet the nonprofit who raises funds for undocumented law students

A lawyer can take many shapes and forms. They can be part of trials that change state and federal policy or grant someone freedom from jail time. They can protect corporate lobbying or help keep undocumented families from being split up.

One group of law students are taking on the hot-button issue of undocumented peoples’ rights to heart by fundraising for their education and learning about community along the way.

Monica Valencia is the Founder & Co-Director of Dreamer Fund. The nonprofit she helped create began because of one undocumented students need, and the resolution Valencia and others were able to find through fundraising.

The original goal of Dreamer Fund began with raising tuition funds to help undocumented law students finish their studies. Now it has brought on other directives to help not only law students but the undocumented community at large.

Valencia herself is a first generation Mexican-American who grew up in Los Angeles. Her background includes joining the Air Force and attending USC when she returned. After USC she went on to do her graduate studies at the University of San Francisco’s School of Law.

“While I was in law school there was a time when I was president of La Raza Law Students Association, so I was very active, putting on different events for our Latinx community.”

It was during this time that Valencia came upon a situation which would mark the beginnings of what would become the Dreamer Fund. A student by the name of Gabriel Garcia, who would eventually become the co-founder of the organization, was having issues with her tuition due to her legal status.

“She identified herself as undocumented, and she confided in me. She was receiving messages from the school [and] was going to be withdrawn, for non-payment. And I just kind of jumped into action and mobilized.”

After conferring with professors and other students about what could be done to help Garcia, Valencia and her new cohort began a crowdfunding effort to create an emergency fund for tuition purposes.

“I recruited other law students to help me and to figure out ways to not only help Gabby, but other students in her situation,” says Valencia.

And so, in 2016 the Dreamer Fund began. Valencia says that the efforts of the organization were very much so dedicated to helping fellow law students who faced not only the regiments of studying to be lawyers, but also facing the added hurdles of having undocumented status.

Valencia adds that the cohort that began were all in lawyer studies and had the collective mindset to help immigrant communities off the bat.

“We focus on law students who have the same mission or were interested in [similar] fields of law, which is in immigration. At the time we were all part of the immigration clinic at our law school, and so we all had similar interests in immigration law.”

At that point the idea of helping the community beyond the walls of law school was not far-fetched. It took some time to get momentum for the organization to begin helping those outside of their school, but Valencia says the Dreamer Fund eventually looked out into the community for volunteers and alliances in order to expand their approach.

“Now it’s just not law students and lawyers, it’s also other people in different professions. We recruited in the community,” Says Valencia.

In the time since they began, the Dreamer Fund has managed to create a viable structure and organization. Valencia says they have developed additional branches beyond the fundraising which deal with policy and education.

The education branches include a mentorship program, a facet where the group makes presentations at various universities and community organizations requesting information for students aiming to apply for law or graduate school. Within the policy branch the focus is on creative changes in the legislative field. Valencia adds that the purpose is figuring, “how to bring about conversations that need to happen in regard to undocumented students on the graduate level, and then navigating financial aid at both public and private institutions.”

In building up the organization and its partnerships, many events have taken place to fundraise and work with the undocumented communities in San Francisco. These events have included a silent art auction, an opera night where an opera singer donated their time and talents, and various panels discussing aspects of the far-reaching issue of immigration and the undocumented in this country.

“We build that community collective engagement by reaching out to other organizations and seeing how we can collaborate. That’s very important because we’re all in this fight together,” says Valencia. “It also brings awareness to the fact that a lot of students didn’t even know that we had undocumented students among us or what kind of struggles they go through. They’re just so unaware and I think these conversations are important to have.”

The Dreamer Fund’s latest endeavor is one that Valencia and her team hope leaves a lasting impression. Planned as a hybrid music, art, and community information festival, the approach is to converge the elements of education, art and entertainment, essentially combining the types of events they’ve put on in the past, but on a larger scale and for a larger audience. The goal, as always with the Dreamer Fund, is to raise awareness and funds for law students and the immigrant community.

Valencia adds, “This is going to be our inaugural event… and so we’re hoping to create a safe space in which we can honor and celebrate the resilience of the undocumented and immigrant community. I say that because I feel like our communities are so invested in fighting for their rights, and fighting for their own voice and the struggle for DACA that we often don’t have the time or forget to celebrate one another.”

#UndocuFest will have local artists, musicians and poets alongside organizations that will be providing information to anyone that comes into the space. The event will take place on Saturday, February 10, 2018 at El Rio in the Mission District of San Francisco, from 2pm to 8pm.

Valencia is quick to show appreciation for just how this event has come together and those that have brought their talents and volunteer hours to make it happen.

“We’re super excited and I’m just so proud of our entire team. We’ve been planning this since August of last year and it wouldn’t have been possible without all the hard work that each individual is putting in. Also, to see so much of the community come together and be so honored to donate their time, whether they’re playing an instrument or singing or donating their artwork, I think it’s incredible and it speaks to the power that we have as a collective community. It also speaks to the love and support that we have for undocumented immigrants. I think right now we need that because of the political climate that we’re in.”

“This event is for everyone that has a supportive mindset, and who is willing and able to support what we’re doing as a movement but also to support the community and everything that they go through. And those communities are the immigrants and undocumented communities.”

In closing, it is evident that all these steps that Valencia has taken and built up since that momentous interaction with Gabriela Garcia in 2016 has dealt a valuable and rewarding experience that continues on.

“We all went into this project not knowing what to do even though most of us are law students (Valencia graduated just this year) it’s definitely taught me that even if you don’t know how to start a nonprofit the fact that we’re so passionate and we care so much about one student, that led us to care about an entire population of students. It’s powerful and I think its taught us to take the plunge even if you might not know what you’re doing,” says Valencia.

When looking back at the progress, one of the most profound lessons since beginning this project, according to Valencia, is the aid that is available within the community. “There’s always a way to find out and get the help from your mentors, professors, colleagues and fellow classmates, to do something good. I think when you care about something or someone or an issue, or even if you just see some type of injustice, there’s always a way to help, even if you don’t think that you have the power to do it.”

For more information on the Dreamer Fund as well as their upcoming #UndocuFest festival, please visit dreamerfund.org.