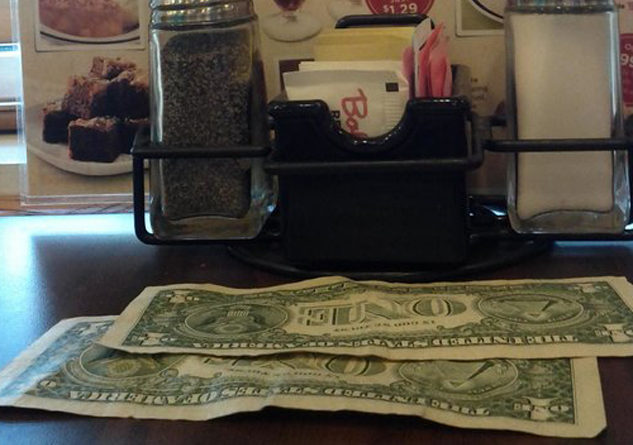 Workers could be forced to turn over tips to their employers under a rule proposed by the Trump administration. Photo Credit: SRandCo/Morguefile
by ElObservador 01/19/2018

SACRAMENTO, Calif. – As women’s marches take place across the country this Saturday, time is running out to put in your two cents about a rule proposed by the Trump administration that a new report says could cost female workers $4.6 billion in tips a year.

The Department of Labor wants to rescind Obama-era rules that barred employers from seizing their workers’ tips.

Researchers at the Economic Policy Institute found that the change could cost tipped workers overall $5.8 billion a year.

“Tipped workers are going to see a huge hit to their take home pay, and employers will be enriched because the vast majority of tipped workers are women,” she states. “Because women earn lower wages, they are far more disproportionately harmed by this rule.”

The administration defends the change as a fairness issue, saying it will facilitate tip pooling, which would allow restaurants, for example, to take the wait staff’s tips and spread them around to the dishwashers and cooks.

However, nothing in the rule stops employers from simply pocketing the tips, as long as everyone makes at least minimum wage.

Shierholz maintains the rule change would not end up helping non-tipped workers.

“They’re already paying those workers what they need to get workers in those jobs, and so if they do share any tips with workers at the back of the house, it will very likely be offset with declines in their base pay,” she points out.

“Step into Teaching” event will offer guidance for prospective teachers