Want to Help Save the World? It’s All About Bees and Butterflies 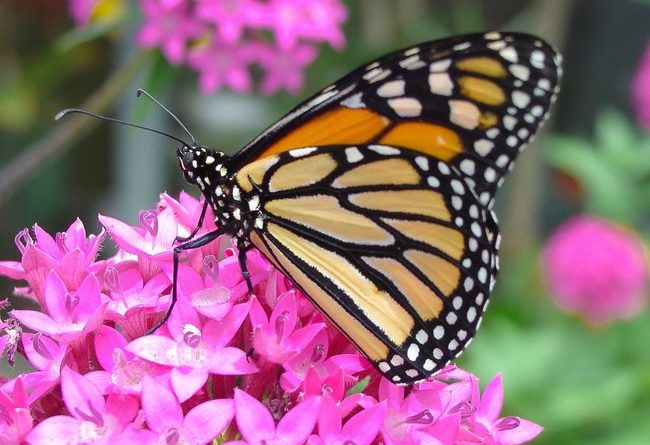 SACRAMENTO, Calif. – Monarch butterflies have declined by 90 percent over 20 years, felled by pesticides, parasites and loss of habitat. They’re considered a sentinel species, whose fate mirrors that of many insects.

Now, backers of a program to greatly expand all pollinators’ range say it’s about two-thirds of the way to its goal of establishing a million “pollinator gardens” by the end of the year. The National Pollinator Garden Network has registered 650,000 gardens across the U.S. designed to attract bees and butterflies.

Mary Phillips, the senior director of the National Wildlife Federation’s “Garden for Wildlife” program, says homeowners, businesses and cities are all planting flowers to benefit the pollinators.

“It really does span a terrific range of the types of gardens,” she says. “We even have a storybook-themed kids park in California, in Oakland, that created a whole ‘Pollinator Posse,’ and has woven pollinator gardens throughout their park.”

Examples of pollinator-friendly plants include flowering bushes like buckwheat and host plants like milkweed. Phillips says vivid red and blue flowers with a bell shape are especially attractive to hummingbirds. Plants that have a long flowering season, from spring to fall, are ideal.

Kedar Narayan is a 9-year-old Pennsylvania boy that has written a cell phone app – a game called “Pollinator for a Pet” – to teach people about native-plant pollinator gardens. He says kids have a big role to play in this effort.

“I see all the adults, they’re doing their part, but I see potential in us kids to do our part too,” he says. “And together we can create a new ecosystem – one that will become the United States of Pollinators!”

The National Wildlife Federation says one-third of the food Americans eat is pollinated by bees, butterflies, moths, beetles and certain birds and bats – a cycle that accounts for $29 billion of the nation’s food production.

How can we keep our kids safe from environmental hazards all around us in our everyday lives?