Getting to Know The Book of Mormon’s Myha’la Herrold 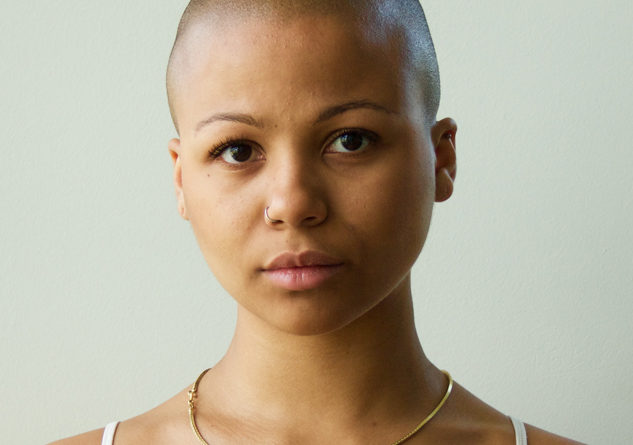 It’s not often that the Broadway productions have such deep roots to the multiple cities they travel to. For the upcoming Broadway San Jose run of “The Book of Mormon” (At the Center for the Performing Arts July 11-23) there lies a key figure in the production that can always call this place home.

Myha’la Herrold grew up in San Jose, attending theater classes as a child and building her repertoire of theater and acting skills at Archbishop Mitty High School. Now she currently attends Carnegie Mellon University in Pittsburgh, Pennsylvania, and at the same time is starring in her first Broadway show as Nabulungi in “The Book of Mormon”.

Hi Myha’la, can you give a little background on how you ended up pursuing acting, and the arts?

My first sort of formal theater experience was Children’s Musical Theater of San Jose when I was six years old. From that point on, my senior year in high school I did almost every show with them that I was eligible for and a lot of my friends in the community also did CMT too and they knew that Archbishop Mitty had a really strong and wonderful performing arts option. They have choir, they do plays and musicals so I jumped right on that bandwagon and I applied at Archbishop Mitty and a lot of the community there is super active with CMT and they knew of each other so I went straight into it. There was no other option for me, I was always intent on being a performer.

How did those experiences form in which direction your career went?

Well I have always been a musical theater baby and I wasn’t really exposed to the world of acting until I got to Carnegie Mellon. I knew that I loved to sing and I knew that I loved to dance and be on stage but I didn’t really understand how acting played a role in all of that and how it’s absolutely integral. Any performer is an actor in some way, shape or form.

How did you get involved with “Book of Mormon”? What was that process like?

I saw this tour in Pittsburgh while I was in school a little over a year ago and I saw the production that actually had a pretty large number of Carnegie Mellon graduates in it, Denée Benton played this part that I am now playing, and I saw her since she graduated from my same program and I absolutely fell in love with the show. The writing is brilliant, the music is brilliant and all the actors were doing a phenomenal job so once I saw that I knew that it was going to be a show that I wanted to be a part of somewhere in my journey. Not too long after that the “Book of Mormon” casting company was doing an audition tour and they came through Pittsburgh and I said, ‘I have to audition, I simply must!’ And so I auditioned and they said, ‘Hey we really like you, can you prepare some callback material?’ And so I learned some scenes and songs from the show and they said, ‘Great, we’ll keep you on file.’ Right after that I got an email saying if I could audition. I went to New York, I did a work session with some of the directors and creators, and I got to learn a bit about the show and then the next day I did all the callback materials and then I got a call a week later.

This is your first real Broadway show, so congrats! How did it feel when they called you back to be part of this production?

This is my first Broadway contract, this will be the jumpstart to my career. So I was absolutely overwhelmed, like pretty shook.

In your words, what’s the story setup for “The Book of Mormon”?

“The Book of Mormon” is about these two young missionaries, they are sent on their mission and they are sent to Uganda. These boys sort of start off with the intent to change the world and change these people that they meet and the world that they come into ends up really changing them, for the better.

What is the role of your character Nabulungi?

Nabulungi is one of the Ugandans, and she is sort of the contemporary quintessential symbol of life and hope and joy in the village. Everyone really loves her, she’s really sweet and innocent. She sort of is a “light” in the community and she makes friends with these two Mormon boys.

So how does it feel to come back to San Jose and being part of the Broadway production?

I am so excited to come home, I could not have asked for a more perfect situation. Not only do I get to this really wonderful job, it’s a huge opportunity for me, but my family gets to see me do it, and I actually haven’t performed in front of them since I graduated high school so most of my family hasn’t seen me do anything in like four years. So it’s very exciting and I have so much pride and joy for my hometown so it feels really good that I get to come share this with my community of people.

Anything in particular within “The Book of Mormon” that is your favorite so far?

Every moment of this play is so special and so well crafted that I really don’t think I could even choose, the whole show is fantastic.

What would be the main reasons folks should go see “The Book of Mormon” when it comes to town?

Oh my gosh, there are so many reasons. I think, that everyone should come see this show because “The Book of Mormon” does a really excellent job of talking about some very pointed scenes in life that are absolutely relevant to everyone and it could actually be difficult to talk about or approach but I think the writers, Trey Parker, Matt Stone and Robert Lopez have done a really excellent job of framing these things in a satirical way so it makes it accessible. So not only are you talking about some really wonderful things, but you’re also going to pee your pants laughing, it is such an entertaining and beautiful musical. For no other reason come see this show that the theater world has been raving over for 9-10 years.

“The Book of Mormon” is at the San Jose Center For The Performing Arts July 11-23, 2017. Tickets are available at broadwaysanjose.com and Ticketmaster.

Is the federal government’s decision to take Yellowstone’s grizzlies off of the endangered species list good news or bad news for the iconic bear?