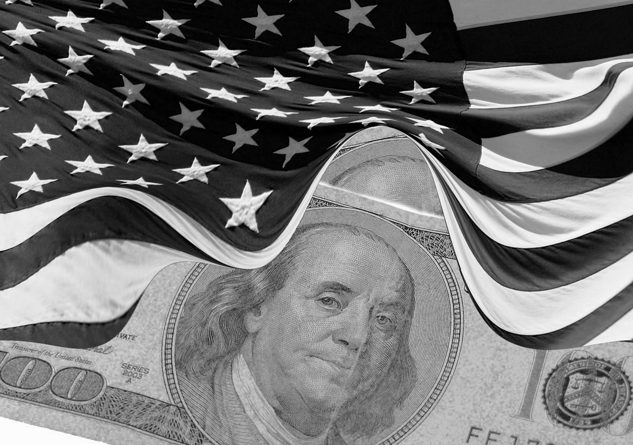 Residents, especially citizens who registered to vote, who are concerned, who learn about the issues, and actually voted for their elected representative at local, state and federal levels of governance, must understand that they are stakeholders (similar to investors who purchase shares of a corporation). The periodic election process is analogous to the annual meeting of corporate shareholders. We, The People pay income taxes, sales taxes, and various fees for licenses (driver’s; fishing/hunting, etc.). It is these payments which, in their aggregate, become revenues which are allocated and encumbered during budget projections at the end of each jurisdiction’s fiscal year in preparation for the coming year. The elected official from your jurisdiction is your representative…which is when this nation seems to be more like a republic rather than a democracy.

My main concern these days is that too many corporate special interests are having their way because ordinary citizens are not adequately informed nor involved. Into this void, those who want to use government for their special interests…usually profiteering will always get their way.

The profiteering schemers can be forced to be fair and equitable if and when We, The People take an interest, become engaged and involved. One thing is certain…the Anglos in power today are expressing their plans which are self-serving and myopically short sighted. This nation has enough resources to enable all to enjoy a life style which is humane and reasonable.

Today’s emphasis on bottom line decision-making coupled with the trickle down economic theory is not working for the 99%; It is working very well for the top 1% who already control too many resources which they did not create but do control today. What is lacking is a sense of societal stewardship wherein our elected officials not only look out for themselves, but also for all the rest of us.

The best way to understand what is going on is to become familiar with the jurisdictional budgeting process at the local level.

The City of San Jose is a public business which provides many services for its residents by management of resources (tax revenues) amounting to $5.6 billion per year. All of its one million residents are stakeholders when they pay sales taxes, income taxes, license fees, etc. Mayor Sam Liccardo recently delivered his annual city budget priorities message which will be explained at all ten district’s and needs to receive constructive commentary. Fully transparent governance results when the public knows what it is receiving for its tax dollar.

The same applies to the County of Santa Clara. Recently BOS President Dave Cortese presented his priorities which are reflected in the county’s budget of $6 billion. That is the aggregated tax revenues which are used to underwrite the many civic services which are the responsibility of the County Santa Clara…services such as medical care; mental health; behavioral health services; social services; public safety (fire and law enforcement); Superior Courts (justice system; public defender; district attorney, coroner-medical examiner; public health, and dealing with the indigent needs of the homeless, disabled, orphans, foster kids, and more.

Residents are encouraged to attend a local budget presentation in their district. It is one way to communicate your priorities and to keep local elected officials responsible and accountable. It is a way to get the biggest bang for your bucks (tax dollars)…and to ensure that public monies are used to serve the public and not become subsidies for corporations.

As an example, I have chosen to present the fiscal 2017-18 budget for the Behavioral Health Services department, Ms. Toni Tullys, Director. This department is part of the Health and Hospitals Systems, County of Santa Clara. (if one tries to deal with the entire County’s $6 billion budget…it is simply too big to deal with…but most folks can deal with and understand what one department does with its $500 million budget).

At the Behavioral Health Board meeting of Monday, June 12, 2016, Ms. Martha Paine, Director, General Fund; SCVHHS Financial Services, presented two pie charts: One pie chart displayed all sources of funds received (i.e., income); the other all service programs these funds supported. What most citizens do not know is that of $500 million dollars; $172 million comes from the county’s general fund. These are your tax dollars performing several works in progress ranging from dealing with the homeless to provision of emergency psychiatric services (EPS). The Board of Supervisors may approve the encumbrance of $172 million (34,4%) of BHSD’s budget using local tax dollars (your money). The entire BHSD budget is an ‘open book’ available online for you to review. This public corporation practices full transparency. Private business and corporations do not disclose their budgets in this open manner because of competition and secrecy. The Trump Real Estate business is an excellent example.

The FY 2017/18 budget for Santa Clara Valley Medical Center is even larger and more complex…but its fiscal data is also available online for review. By reviewing you will invariably learn a bit about how these public corporations spend your tax dollars. And remember that the county employs about 18,000 individuals…it is a big business and you are a stakeholder (shareholder).

These local public jurisdictions are taking care of local needs with your tax dollars. By becoming involved and aware, you may learn to manage your own personal monies much better while you learn about human services which are available for you when you need them.

Now, understand that your local governance is not perfect. There is much work to be done. For example, in the Corrections Department (county jails custody services) as well as improvements in the Office of the Sheriff which operates with your tax dollars without desirable levels of transparency and monitoring by those commissions which have no conflict of interest.

Also, understand that when you, as an individual, become involved as a member of a commission or an advisory board, you will help infuse these budgets with your values and priorities.

My hope is that more Hispanics get involved because since we are already 30% of the local population, we are certainly not yet involved at equity levels.

As an informed, engaged and involved person, you will infuse your values and priorities while learning much about how local government operates and is financed by your taxes. Local government provides many services…one of which may interest you. It is here that you could begin to become engaged, involved and committed while you learn how a public corporation operates. As a people, together we can do more successfully.

A Safer BART for All