Nominee for Coach of the Year Selected by Raiders Organization 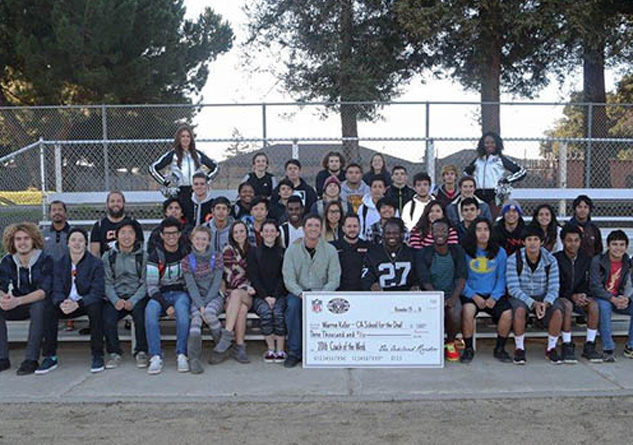 Warren Keller was selected as the Oakland Raiders’ nominee for the Don Shula NFL High School Coach of the Year Award, it was announced this week. Representing the best at the high school level, Keller was nominated for the national award, named for the winningest coach in NFL history, for his character and integrity, leadership and dedication to the community, commitment to player health and safety, and on-field success.

Keller, from the California School for the Deaf in Fremont, was selected after his Eagles finished the year with a record of 11-2 and continued to impress the Bay Area high school football world. Coaching at the California School for the Deaf since 2012 while also being a member of the deaf community, Keller has created a bond with his players that extends beyond the football field. The Eagles’ improved their 2015 record of 5-5 to 11-2 in 2016 and defeated Clear Lake High School in the first round of the playoffs.

Keller will be invited and recognized in special ways during the NFL’s week-long celebration of football at the 2017 Pro Bowl in Orlando. Keller will visit Pro Bowl practices, participate in the USA Football National Conference and attend the Pro Bowl at Camping World Stadium.

·         Former Secretary of State, Senior Fellow on Public Policy at the Hoover Institution and faculty member at the Stanford Graduate School of Business CONDOLEEZZA RICE