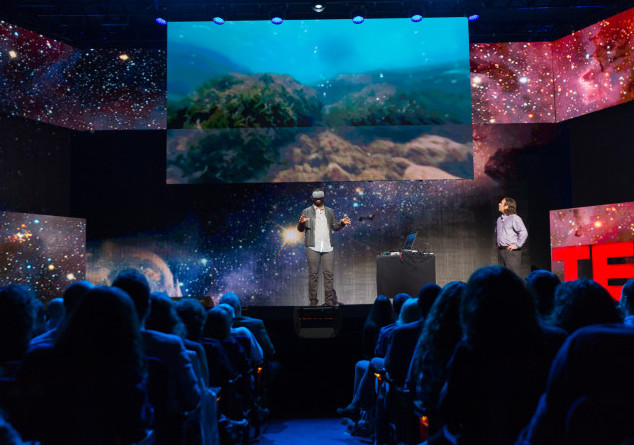 Have environmentalists started using Virtual Reality (VR) to further their cause?

Virtual Reality (VR) is no doubt the hottest thing in electronics and entertainment today, with “immersive” 360-degree experiences increasingly available via the click of a mouse or tap of a screen. And while it’s hardly a replacement for getting out into nature and experiencing life itself, environmental advocates are starting to use VR as a tool to help everyday people appreciate the natural world around them and the environmental challenges we face as global citizens.

One of this trend’s leading lights is Stanford University’s Virtual Human Interaction Lab (VHIL), which works to “design, test and distribute virtual reality interventions that teach the concept of empathy.”

“Virtual reality can give everyone, regardless of where they live, the kind of experience needed to generate the urgency required to prevent environmental calamity,” Stanford professor Jeremy Bailenson told Yale Environment 360. “One of the greatest challenges to staving off irrevocable climate change isn’t simply getting buy-in from skeptical politicians—it’s getting people to visualize how driving a gas-guzzling car or living in an energy inefficient home is contributing to a problem that may only manifest itself completely in future decades.” Earlier this year the lab unveiled a short VR documentary and interactive VR game to help explain ocean acidification, a slow-motion and hard-to-explain process whereby excess carbon dioxide in the atmosphere dissolves in the ocean, upping acidity levels and altering marine habitats accordingly.

Google Expeditions, a VR educational program from the Internet giant, has shared sections of VHIL’s ocean acidification documentary with over a million school children around the world as part of its beta release, and will likely reach many more as the program is rolled out to new audiences in coming months.

One of VHIL’s earlier experiments asked participants to either read a description of the experience of cutting down a tree, or to chop down a virtual tree using VR. “In following tests, those that took part in the VR simulation reduced their usage of paper products by 20 percent in comparison to those who did not,” reports the Triple Pundit blog. “In another experiment, test subjects were asked to virtually eat coal while bathing in order to fully understand the amount of resources they require to enjoy a hot shower.”

Yale Environment 360 reports that VR is also now being used more often in academic circles and to support policy initiatives, such as to create 3D representations of pollution or other human impacts.

Not to be outdone, famed nature filmmaker David Attenborough has kicked off a new series of VR nature films by documenting a recent dive expedition into Australia’s Great Barrier Reef in VR. Attenborough hopes to spark interest in protecting nature and wildlife by producing and distributing VR experiences that entertain and educate viewers through immersing them in some of the world’s most iconic environments.

Given the popularity of VR and the increasingly lower costs of producing content, we can expect to see many more immersive experiences to stir up enthusiasm for reducing our environmental impact and protecting vanishing nature and wildlife.

CA Farmworkers’ Against Pesticides Near Schools