San Jose disappointed after losing Cup Final, but believes it can return next season 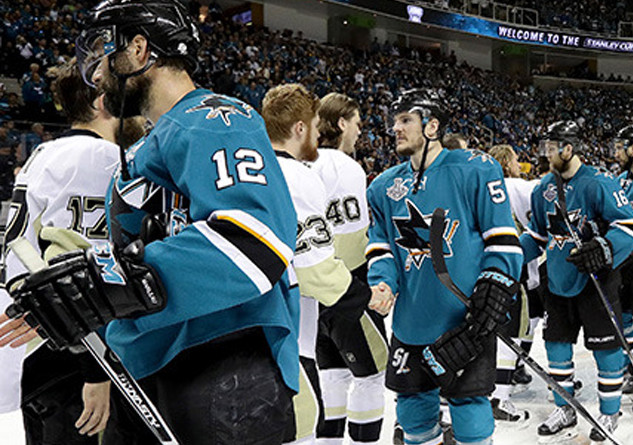 SAN JOSE — Now that the San Jose Sharks have reached the Stanley Cup Final for the first time, they can’t wait to get back and write a better ending.

One day after their season ended with a 3-1 loss to the Pittsburgh Penguins in Game 6 at SAP Center, the Sharks were still reeling from coming up short of winning the Stanley Cup. But they’re also optimistic after making such a deep run.

“We were planning on getting on a flight to Pittsburgh,” Sharks center Joe Thornton said on Monday. “We have such a good group. You just don’t want this thing to end. We really thought we could get this thing to Game 7 and you never know what could happen. It’s just a weird feeling that all of a sudden you’re done with hockey. It just comes to an end. You’re just disappointed that way.

“You know how much fun we had as a group. We just realized what kind of special group and special guys we had in this locker room. We just enjoyed the ride and the fans were a big part of that. We fed off their energy. You could feel this was a special year and it could have been even more special. It’s going to sting for a little bit, but we’ll be back.”

Local Children Receive Free Lunch at the Library This Summer