GET READY TO TRANSFORM AMERICAN POLITICS 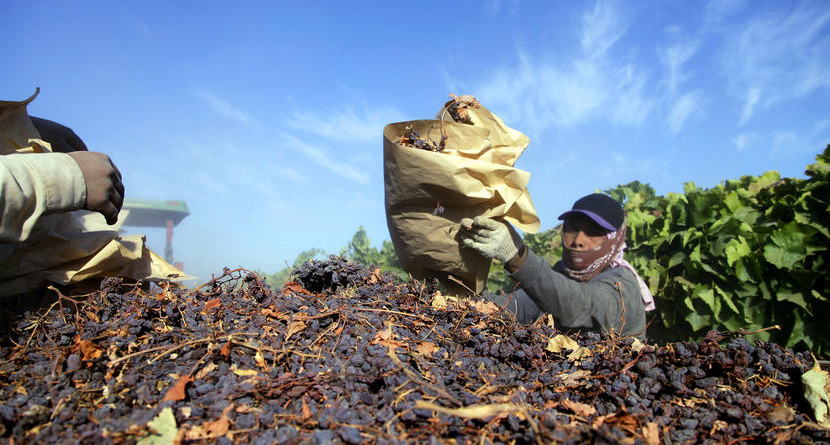 Latinos are already residents of every state in America. In a recent book, entitled “LATINO AMERICA: HOW AMERICA’S MOST DYNAMIC POPULATION IS POISED TO TRANSFORM THE POLITICS OF THE NATION” was recently published by ‘Public Affairs Books (ISBN 978-1-61939-501-4.  Authors Dr. Matt Barreto (University of Washington) and Dr. Gary M. Segura (Stanford University) present factual information which conveys a ‘demographic shift already happening which cannot be reversed. Today this demographic shift is also keeping many Anglo political campaign strategists awake at night because they have not prepared their political parties and candidates, both Democratic and Republican, for the communication efforts which will garner Latino votes. Latinos, composed of American citizens having heritages originating in Mexico, Puerto Rico, Cuba, and many other Latin nations located in Central and South America, are here to stay and their population, numbering 56 million will not go away.

In California, sometime during April 2014, a Latina gave birth to a child who tipped the scales. That is when Latinos outnumbered Whites in California as its largest ethnic group residing in CA. “So 166 years after the Treaty of Guadalupe-Hidalgo brought the Mexican Province of Alta California into the United States, Latinos once again became the largest ethnic population in CA.”

In like manner, in 2020 Texas will make the same ethnic transition. “When that happens, the two most populous states (CA and Texas) carrying the largest number of ‘electoral college’ votes will be Latino. New Mexico is already there; New York, Florida, Arizona, and Nevada are shifting rapidly. Latino populations since 2000 have doubled in Alabama, Arkansas, Georgia, and South Dakota. The U.S. is undergoing a substantial and irreversible shift in its identity. So, too, are the Latinos who make up these (diverse) populations.”

“Drs. Barreto and Segura are this nation’s pre-eminent non-partisan experts in the shape, disposition, and mood of Latino-Americans. (They have documented) the extent to which Latinos have already transformed (America) politically and socially. (Both show) the extent to which Latinos have already transformed (American) politically and socially. Latinos are the most buoyant and dynamic ethnic and racial group, often in quite counter-intuitive ways. Latinos optimism, strength of family, belief in the constructive role of government, and resilience have the imminent potential to reshape the political and partisan landscape for a generation and drive the outcome of elections as soon as 2016.”

“With (their) independent, non-partisan approach these two authors and their contributors brilliantly describe how Latinos are changing the face of America and everything else. In their book, there is a big idea: Latinos are transforming this nation and there is no turning back. Latinos are going from big numbers to new power,” stated Jorge Ramos, news anchor, Univision/Fusion.

“(Drs. Barreto and Segura) understand how the immigration issue relates to Latino views on (public policy), politicians, and parties and the impact it will have on American politics,” said Luis V. Gutierrez, Member of Congress (4th District, Illinois).

The above will become reality only when the nascent Latino voter actually speaks up with his/her vote. When a candidate for any elected office becomes aware that the Latino swing vote was the main new factor which enabled his/her election, it is then that the Latino voter becomes a constituent and stakeholder. It is these individuals who have the power and responsibility to recall any elected official who has not ‘delivered the goods’ promised in the campaign platform and rhetoric. CA’s Latinos must vote in great numbers this coming June 7th Primary Election Day. With your supportive vote, which is your election voice, you will derail the designs of all that “DARK MONEY” (an estimated $866 million) which the top 0.01% (the ultra-wealthy billionaires) have allocated to underwrite those propaganda ads whose purpose is to influence these elections, legislation and especially adequate budget allocations.

If you care about having a ‘living wage’, union collective bargaining rights, social security, access to education, job training, affordable housing, prescription drugs and  health care insurance, then the Latino must vote in great numbers.  Demand that the U.S. Congressional members elected must be willing to negotiate & craft the legislation needed to have all governmental agencies be able to deliver services which the domestic and global economy require. Only then will we all share in the wealth created by our labor and creativity.

American Democracy is the only global super-power where leadership changes peacefully without coups nor military violence. Latinos can claim their fair share if and when they vote in great numbers. LATINOS MUST GET READY TO TRANSFORM AMERICAN POLITICS BY VOTING IN GREAT NUMBERS IN THEIR OWN BEST INTERESTS.