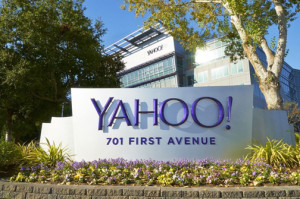 Yahoo CEO Marissa Mayer is in the hot seat; some investors are calling for her to step down, others want the company broken up and sold for parts, still others are concerned that the value of their investment is less than zero.

First and foremost, Yahoo is not worthless. Financial engineers will argue about how best to maximize shareholder value, but with its ~$5.5 billion of net cash, its 15 percent share of Alibaba (worth approximately $30 billion), its share of Yahoo Japan (worth approximately $8.6 billion) and about $1 billion of EBITDA from its core businesses (which some analysts estimate to have a value between $2.2 and $4 billion), Yahoo has a non-zero value. And, I can assure you, it will be unlocked in favor of the shareholders.

That said, Yahoo is in real trouble. Its board is reportedly losing patience with Ms. Mayer as Yahoo’s share price reflects the Street’s disillusionment with her leadership. And, to make matters worse, there are seemingly endless amounts of armchair quarterbacks who are armchair-quarterbacking Yahoo’s next move – from the pragmatic, “spin off the core business” to the conceptual “acquire eBay.”

But for all of the analysis and punditry, I’ve yet to hear anyone ask the most basic questions, “Does Yahoo have a right to exist in 2016?” “What problems does Yahoo solve?” “How does Yahoo create value for its users?” And, maybe most importantly, “What does Yahoo do better than any other company in the world?”

Is Yahoo a Media Company or a Tech Company?

These days, “Beleaguered Tech Giant” is how most writers refer to Yahoo. Of course, this is a misnomer. Yahoo doesn’t compete with Google or Microsoft or Amazon or Facebook; it competes with news organizations and IP-delivered video businesses. At best, it’s a media company with a world-class tech stack, but it’s not a tech company.

This identity crisis is not new, but it is newly relevant as Yahoo finds itself in the middle of the pack in a few media distribution verticals while attempting to compete in a media world that is highly focused on achieving omnichannel excellence.

What Does Yahoo Do Better than Any OtherCompany in the World?

If you ask people what they use Yahoo for, the conventional answer (for those who admint to using Yahoo at all) is “Yahoo Finance.” Consumers who use publicly available financial research and news products will almost always give Yahoo credit for having one of the best financial resource sites. That’s a nice accolade, but it is not a growth business, and even if Yahoo owned the market (which it can’t and won’t), there’s no “there” there.

What Value Does Yahoo Create for Its Users?

Yahoo News used to have a best-in-class mobile app that I used daily. It was the best Android app I’d ever seen for news. I could customize it, it was aesthetically pleasing and it was an indispensable part of my day. After checking my email or doing other emergent interactions on my device, my first tap was Yahoo News. That ended about a year ago when Yahoo turned it into an over-bloated, evil, ad-laden, horrifying user experience. I gave it a few more tries (old habits die hard), and then … I deleted it.

And so we come to the existential question, “Does Yahoo have a right to exist in 2016?” The short answer is “No.” Yahoo is strategically damned. It will not die for lack of talent or for financial reasons; it will die for lack of vision. More specifically, for lack of mission. It is very easy to understand the mission, vision and values of every successful company. “Facebook’s mission is to give people the power to share and make the world more open and connected.” Amazon seeks “to be Earth’s most customer-centric company for four primary customer sets: consumers, sellers, enterprises, and content creators.” “Google’s mission is to organize the world’s information and make it universally accessible and useful.”

“Yahoo is a guide focused on informing, connecting, and entertaining our users.” Being as kind as I can, Yahoo’s mission is to be either my browser bar or Google. Sadly for Yahoo, both of these jobs are occupied by much, much better alternative tools.

What’s Next for Yahoo?

In theory, Yahoo should be a buyer, not a seller. There are all kinds of exceptional companies Yahoo could acquire to achieve omnichannel media excellence. It would have to compete with the other media (not tech) giants, but it is well positioned for the fight. This, of course, would require the Street to declare Yahoo a media company – which would destroy much (if not all) of its “tech multiple” and probably cause the boardroom equivalent of a world war. But not to worry, none of this is going to happen.

Warriors at the White House