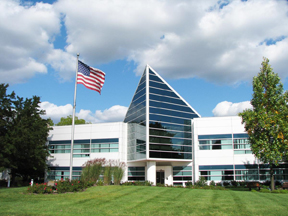 Meeting in Paris, delegates from 195 nations ended 2015 by reaching a landmark agreement to make significant efforts to reduce greenhouse gas emissions. The historic pact represents a global effort to curb climate change and a move toward widespread investment in zero-carbon energy sources and other sustainable practices.

Many saw the Paris climate deal as a major change in global policy and a step in the right direction. Though nations at the highest levels might be in agreement on the next steps to take, there is still a lot to be done at the ground level. While there is plenty of discussion about how an individual can lead a more sustainable lifestyle, what doesn’t get a lot of coverage is what businesses can do to reduce their carbon footprint.

This is an unfortunate oversight because businesses have a vital role in addressing global environmental issues such as climate change, carbon emissions and water security. As it stands, buildings in the United States account for 39 percent of CO2 emissions and consume a staggering 70 percent of the electricity load. Over the next 25 years, it is projected that CO2 emissions from buildings will grow faster than in either the industry or transportation sector. Among these, commercial buildings are projected to increase their CO2 output the fastest, by 1.8 percent a year, according to the U.S. Green Building Council.

Through its green guidelines and Leadership in Energy and Environmental Design (LEED) certification, the U.S. Green Building Council is responding to an urgent need to help businesses around the world save energy, water resources and money while amplifying human health and wellbeing.

Though it is a demanding set of guidelines, many companies have made it a priority to make their buildings LEED certified. One successful example is the Colgate-Palmolive Company, which currently has 11 LEED certified facilities and eight more in the works. The company has been so successful in their efforts that they were awarded the 2015 Ray Anderson Radical Industrialism Award for exemplifying leadership in the evolution of green manufacturing. This award reflects the company’s global strategy that includes a commitment to “Reducing Our Impact on Climate and the Environment,” and “Making Every Drop of Water Count.” To do this, they have set such goals for 2020 as reducing absolute greenhouse gas emissions from manufacturing plants by 25 percent compared to 2002 levels, and cutting production water use by half and energy by one third.

Widening its sustainability efforts beyond its plants and office buildings, Colgate has launched a “Save Water” campaign which includes a coming Super Bowl ad, a discussion forum on social media, #EveryDropCounts, and “Save Water” messaging on product packaging. The overall aim of these efforts is to remind consumers that by simply turning off the faucet while brushing, one person can save up to 3,000 gallons of water a year.

The range of these efforts to reduce carbon emissions encompasses daily activities, business practices and the global community. While such accomplishments don’t make headlines like the Paris climate deal did, they are a reminder that a sustainable future begins at home with people, families and with the brands they trust.

5 Resources to Plan Your Education