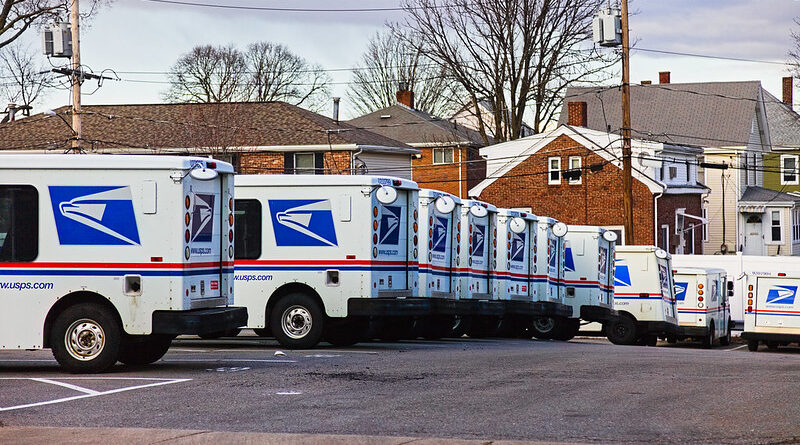 The U.S. Postal Service says its older trucks will be replaced with vehicles that are more comfortable, have more safety features and emit less pollution. Photo Credit: Sam LaRussa / Flickr
by ElObservador 07/29/2022

U.S. Postal Service mechanics are pressing for more electric vehicles in the fleet, as long as the infrastructure to support them is expanded as well.

The Postal Service is getting ready to buy about 85,000 vehicles to replace an aging fleet, and 40% will be electric.

Sal Zapien, motor vehicle craft director in San Jose for USPS and a member of the American Postal Workers Union Local 73, said it is a big job trying to maintain the existing vehicles, many of which date back to the 1990s.

“We have our technicians, making sure these old, depleted 30-year-vehicles are smogged,” Zapien explained. “And if the catalytic converters are working properly, the vehicles are tuned up properly, so we can eliminate our carbon footprint that we’re putting into the system.”

The U.S. Postal Service initially said only 10% of its new vehicles would be electric. The agency will hold a public hearing on the topic on August 8. Several environmental groups are suing the Postal Service, hoping to force it to prioritize clean air and the battle against climate change, rather than solely focusing on the bottom line.

Zapien predicts many postal properties will need to be expanded to make room for EV charging stations. He noted some stations could be open to the public, which would serve as a way to generate revenue.

“There are some stations that it will be impossible to put charging stations there, because there’s no room to park the vehicle,” Zapien pointed out. “You need a special area with all the access to hook them up to charging ports.”

In June, the Biden administration launched a plan to install 500,000 electric-vehicle charging stations across the country.