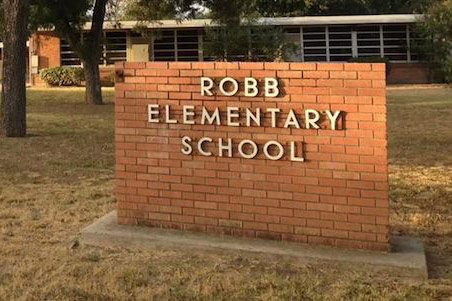 The latest mass shooting that left 19 schoolchildren and two of their teachers dead in a small Hispanic community outside of San Antonio has renewed calls for Congress to take action.

Gov. Gregg Abbott, speaking at a Wednesday news conference, said little is known about the motive of the gunman, who appears to have posted about his intentions online just 30 minutes before the shooting occurred.

“The gunman was 18 years old and reportedly a high school dropout,” Abbott stated. “There has been no criminal history identified yet. There was no known mental-health history.”

Despite multiple mass shootings in Texas, Abbott has presided over legislative sessions where lawmakers weakened gun regulations. The National Rifle Association’s annual meeting in Houston was on the governor’s schedule this week, but he declined to say whether he still plans to attend.

Beto O’Rourke, the former Texas Congressman and a Democratic gubernatorial candidate, approached the stage following the governor’s remarks, and accused him of “doing nothing” to address gun violence. Once outside, O’Rourke railed against those who blame such shootings on mental illness, arguing for universal background checks and red-flag laws, consistently blocked by Congress.

“It is absolutely wrong, in fact it is insane,” O’Rourke asserted. “The governor talks about mental health. It is insane that we allow an 18-year-old to go in and buy an AR-15. What the hell did we think he was going to do with that? This one is on us.”

“If it weren’t for them, along with the law enforcement that came, that were willing to cradle their kids, get them out of the classroom when it was safe, when they were guided, that says volumes,” Harrell said.

Less than two weeks ago, 10 primarily Black grocery shoppers were gunned down in a Buffalo, New York supermarket by a teenage gunman who proclaimed racist conspiracy theories often referred to as the “great replacement.” Among those surveyed, 82% of Black adults and 58% of Hispanic adults said gun violence is a very big problem in the U.S., while only 39% of White adults agreed, according to Pew Research.