The following is a list of some of the most sought-after gifts this season for Disney fans and entertainment fans alike. Find things for every age and fans of the classic Disney characters or even those fans of shows like “Bob’s Burgers”, or the epic action films of the Marvel Cinematic Universe.

They are broken up into sections, from stocking stuffers to gifts under $25 and gifts under $50, as well as a few picks for the ultimate Disney fans. 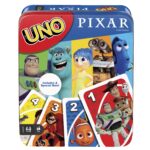 UNO, the card matching game everyone loves, is celebrating the 25th anniversary of Pixar with a special edition deck and decorative tin! This unique version comes with images from favorite movies of the last quarter century on every card and on the collector’s tin! A special rule distinguishes this UNO deck – the Pixar Pop Quiz, included on 4 wild cards. The person who plays this card chooses any other player and asks them to name a Pixar movie. The player holding the wild card must name as many characters from that movie as they can (up to five characters). 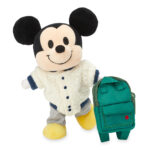 Meet your newest mini Bffs with the latest trend to hit the U.S., Disney nuiMOs. Originating in Japan, nuiMOs are a cute and cuddly new collection of your favorite Disney companions that can be dressed up in a wide range of chic, colorful, and fun outfits to suit your unique personality and taste! 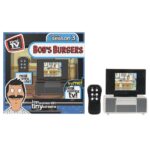 Fans can now enjoy Bob’s Burgers or Family Guy in a fun and miniature way! Watch 12 mini clips from the shows on the all-new Tiny TV’s from Basic Fun, which even includes a miniature remote. 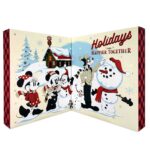 Gifts for the Ultimate Disney Fan 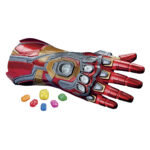 Desperate heroes. Six Stones. One chance to save the universe. Bring one of the most powerful weapons in the Marvel Universe to life with this premium Iron Man Nano Gauntlet Articulated Electronic Fist from the Marvel Legends series.

Wield the power of the Infinity Stones and imagine saving the entire universe with just a snap of your fingers. At 18 inches tall, this electronic fist features flexible finger articulation, lights, and sounds, including movie-inspired Snap! and six removable light-up Infinity Stones. 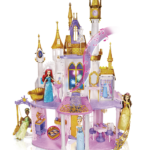 Royal adventures await in the regal rooms of this three-story Disney Princess Ultimate Celebration Castle Dollhouse. With 29 accessories and six rooms, plus lights and sound effects, playtime will be filled with enchantment.