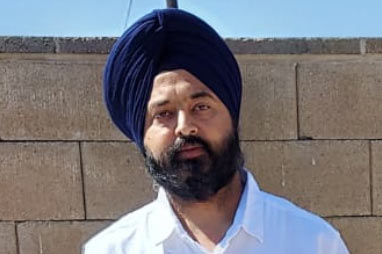 MR. NARENDRA DAMODAR DASS MODI the first well known Prime Minister of India who committed to secure jobs for 200 million people every year but on the contrary, 140million people became unemployed in 7 years. Prime Ministers of other countries make plans to provide jobs to more and more people by enforcing new laws.

On the contrary, such laws are implemented in India which harm the people, and encourages new movements and problems. The making of such laws would have been in the hands of Big dignitaries in India. Even those who help others by risking their precious lives are harassed by the Modi Government.

For example in KISSAN ANDOLAN the hotels from where food was coming for the people were also closed. Due to which many social workers  of Karnal like Ram Singh, Amrik Singh, Bansilal, Sonu etc. who  were providing food for the people were also caught and left on a deserted road more  than 70 to 80 miles away and also threatened that if they would do this again, their shops will be closed forever. And the high designated officers in Police department don’t take any action against them.

Even judges of the supreme court are not doing their duties honestly. And If the judges of the Supreme Court of India will not do their work honestly and will come under pressure from the political parties and will take decisions according to them without considering their own responsibility, then in the coming 15 years, India also will follow the paths of Pakistan and Afghanistan where the minorities are harassed and treated badly.

This is the first prime minister of India who has come down to dictatorship. Another important thing is that new laws are being made in India under which the government companies and their staff cannot protest against the government. It would rather not be wrong to say that either Modi government is running Chinese policy or India’s new Saddam Hussein is being formed.