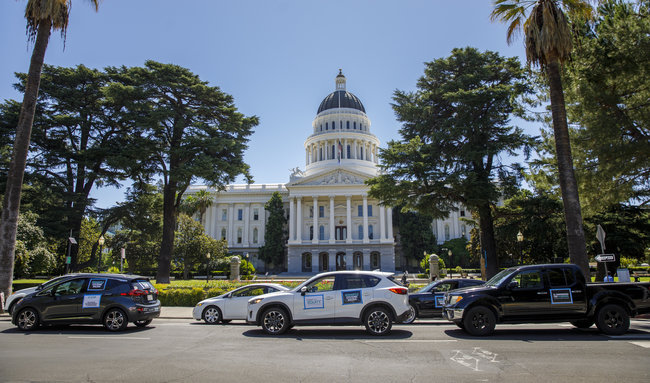 SACRAMENTO, Calif. — Groups that fight for racial and economic justice have been rallying across California this week, asking for higher taxes on the wealthy instead of budget cuts that disproportionately affect lower-income families.

Without a major infusion of state or federal dollars, the state budget will cut tens of billions from schools, health care and other important community services. Melissa Romero, legislative affairs manager for the California League of Conservation Voters, said corporations and high earners should contribute more.

“We can actually move forward in a way that gives people clean air, clean water, affordable housing, living-wage jobs, quality health care, quality education,” she said. “You know, it shouldn’t be either/or. There needs to be another way.”

The week of action for the “Commit to Equity” campaign began with a car rally at the State Capitol on Monday, where organizers asked for greater investment in vulnerable communities of color. On Tuesday, organizers held a similar “car party” protest in San Francisco and Fresno. Tomorrow, the campaign moves to San Diego and Los Angeles.

A new study from Americans for Tax Fairness, Health Care for America Now and Health Access California showed that in the first three months of the pandemic, the wealth held by 154 billionaires in the state jumped by 25%. Meanwhile, Romero noted that essential workers such as nurses, bus drivers, day-care teachers and grocery-store clerks are bearing the brunt of the economic crisis.

“We see it everywhere we go,” she said. “People are thanking and celebrating essential workers who are risking their lives every day, who are disproportionately holding up our economy. We need to show up for them.”

The billionaires report is online at health-access.org.