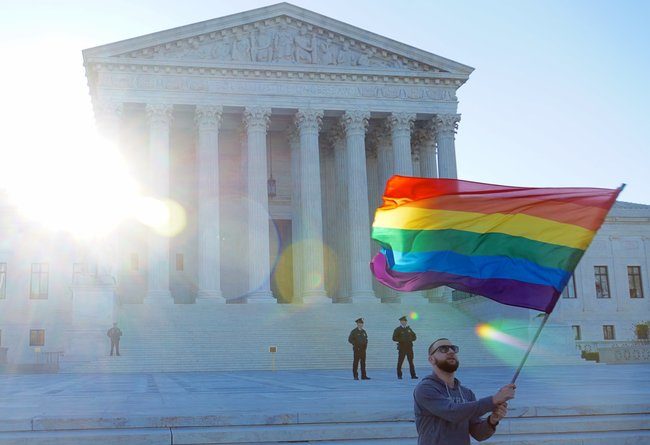 Monday's Supreme Court decision could serve as precedent to strike down anti-LGBTQ discrimination in other arenas such as housing and education. Photo Credit: Charlotte Florito/Wikimedia Commons
by ElObservador 06/19/2020

SAN FRANCISCO — LGBTQ+ groups are celebrating, as the decades-long struggle for equal rights in the workplace won a huge victory at the U.S. Supreme Court. The high court justices ruled 6-3 Monday that people cannot be fired on the basis of their sexual orientation or gender identity.

Samuel Garrett-Pate, communications director with Equality California, said the Golden State already has strong protections – but this decision will benefit millions in dozens of other states.

“In more than half of states, there are no state-level protections,” Garrett-Pate said. “So what this says is, indeed federal law protects those employees from discrimination based on the fact that they are LGBTQ+, regardless of what the state law says.”

Justice Neil Gorsuch, writing for the majority, argued that the Civil Rights Act of 1964 does apply to LGBTQ people.

Justice Samuel Alito, in his dissent, accused the court of legislating from the bench and argued that the original intent of the law was to cover bias against women or men, not to curb discrimination on the basis of sexual orientation or gender identity.

Garrett-Pate said the ruling is a stunning rebuke to the Trump administration, which just on Friday declared anti-discrimination rules in the Affordable Care Act do not apply to LGBTQ+ patients.

Advocates are calling for passage of the Equality Act, which would make it illegal to discriminate against LGBTQ+ people in all areas of life, including housing, education and public accommodations. The bill passed the House of Representatives more than a year ago but is opposed by President Donald Trump and remains stalled in the Senate.