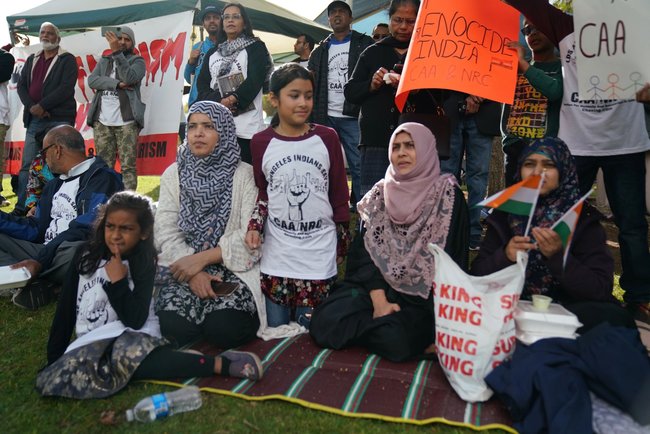 LOS ANGELES — Protests against citizenship laws in India are popping up across California and the U.S., including several large rallies recently in L.A. and San Francisco.

Waqas Syed, director of the North American Indian Muslim Association, part of the California Coalition for India, warns that anti-democratic ideas hold sway in some parts of the Indian-American community.

“This ideology is here and it has taken root,” he states. “This ideology believes in the supremacy of one religion and to end the secular nature of India and convert it to a Hindu nation.”

The groups also criticize India’s new national register of citizens, which requires everyone to prove citizenship, fearing that many poor people who lack birth certificates, particularly Muslims, will be forced into detention camps.

Prime Minister Narendra Modi argues that his government does not target Muslims.

Last week, religious riots broke out in Delhi, stoked by inflammatory statements made by a minister from Modi’s party during a visit by President Donald Trump.

Ania Loomba, a professor at the University of Pennsylvania and a member of the Coalition Against Fascism in India, says Americans should be worried about the alliance between Trump and Modi.

“We should be concerned that Trump has lauded the Indian government for its religious freedom,” she states. “And this is kind of terrifying. ”

More protests are planned in California, including a public forum on the situation in India that was held on Monday, March 9 at USC.