Vanessa Bryant, the person who taught Kobe Bryant Spanish and to love Latinos 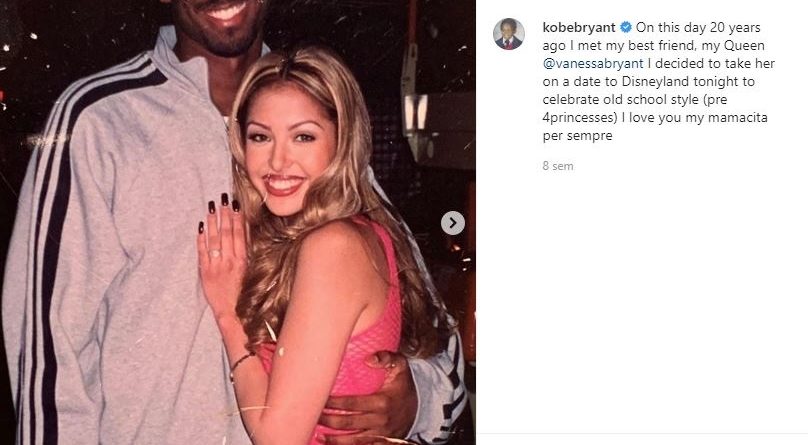 One of the last interviews given by the late athlete Kobe Bryant was in Spanish.

In it he expressed his love for everything Latino. How could I not? He seemed to indicate with his body when asked about his connection to the Hispanic culture: “My wife is Mexican. My daughters are Mexican,” he said.

Bryant’s romance with Latino culture began at age 20 when he fell in love with a 17-year-old girl named Vanessa Marie Cornejo, daughter of a single Mexican mother, whom she had met during the recording of a video in which she worked as a model.

The relationship caused a cataclysm in the lives of both.

She could not graduate normally because of the commotion caused by paparazzi at Marina High School, where she was in the last year of high school.

The Los Angeles Times reported at that time that photographers watched her from helicopters trying to capture the image of the young girl who had captured the heart of one of the stars of the Los Angeles Lakers basketball team.

Vanessa sacrificed her prom. She finished her schooling from home.

Bryant didn’t have a good time either. His parents criticized him for having “gotten serious” while he was still so young and, as if that were not enough, with a Latina woman. While the relationship solidified, the bond between parents and son became wobbly, so much so that the elder Bryants did not attend Kobe and Venessa’s Catholic wedding.

Vanessa was 18 when she married Bryant on April 18, 2001, but yesterday she became his widow, when the famous sportsman, businessman, philanthropist and artist died as a result of a helicopter accident, where eight other people also lost their lives, including Gigi Bryant, the 13-year-old daughter of the Bryants.

The eldest daughter of Kobe and Vanessa Bryant was born in 2002. Natalia Diamante Bryant turned 17 years 7 days before her father’s death.

The relationship between them was closer to the soap operas to which Kobe Bryant owed his Spanish, than to fairy tales.

With a sometimes-improper grammar, but with a surprising pronunciation for an English speaker, Kobe Bryant spoke Spanish fluently.

In an interview he revealed that he was watching with his Mexican mother-in-law “La madrastra (The stepmother in English)”, the soap opera starring Victoria Ruffo, to practice.

The great public outbreak between Kobe and his wife was in 2003, when the basketball player was accused of sexually attacking a 19-year-old woman in a hotel in the state of Colorado. The case was settled out of court.

Vanessa always supported her husband, although he agreed to have been unfaithful. At a press conference to discuss the scandal, Bryant declared his absolute love.

“I sit here in front of you guys furious at myself, disgusted at myself for making the mistake of adultery,” he declared then. “I love my wife with all my heart. She’s my backbone.”

At his side was Vanessa – with a strong expression that captivated the cameras and onlookers.

In 2011, Vanessa Bryant introduced a divorce lawsuit against the basketball player, who by then had amassed a fortune estimated at $ 150 million.

Always away from the press, it was Kobe who said a few months later that they were “working” to “recover” the marriage.

The efforts worked. So much so that eight years later they became parents again.

Although the couple was often photographed at social gatherings, red carpets and philanthropic activities, Vanessa Bryant has rarely given public statements.

In the basketball games of her husband, who retired in 2016 after 20 years on the Los Angeles Lakers squad, she preferred to stay in the tunnel where players exit in order to escape the photographers.

Her social networks are private, but Bryant’s fans got to know her thanks to his posts, who had adopted the nickname “Black Mamba” and had given her the “Queen Mamba”.

Today millions accompany her in sorrow at the death of her husband and daughter, as well as the 7 other lives lost.