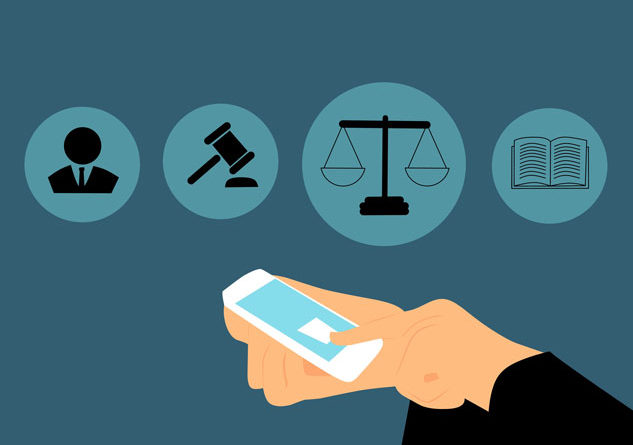 I wrote an article back in April 2009 entitled Metamerica: Evolving The Governance Of A Digital Democracy. It begins, “Dateline New York: April 3, 2021” with breaking news about a massive, catastrophic data breach.

Dateline New York: April 3, 2021 — The White House issued a statement today urging people to stay calm. The Federal Data Depository Corporation is now saying that people will have access to some of their data as early as next week. “Health records are job one,” said the HHS director in a joint statement. “We have back-ups for everyone’s dicom files and most of everyone’s MRI’s and about 100 million x-ray files on near-line storage. It will just take time to reload the data.”

The FCC issued a similar statement promising that the 4 million hours of user uploaded content stored in the cloud since 2009 and the 26 million hours of professionally produced on-demand content may be available by the end of the year. Sadly there is no word on when the Microsoft Office Cloud or the Adobe CS10 Cloud will be back online. And, to the delight of most citizens, the IRS has lost almost every tax return for the past four years.

There is one bit of good news, Verizon’s LTE network can support VoIP calls, so at least some of the 165 million households and businesses without voice communication will have a work-around in the next few weeks.

With 28 of the nation’s 80 major data centers totally down and the rest just holding on, people with netbooks, pda and cloud-based computer applications have been completely crippled by a loss of data that is unprecedented in history. It has caused the biggest financial crisis since 2008. Hundreds of software-as-services companies have lost all of their data and the economic impact will easily reach 10 Trillion Dollars of combined losses.

Rereading this, it occurred to me that we are not far away from some kind of knee-jerk-style government regulation, or the evil work of a malevolent human/AI-hacker combo or nation-state hacking team that could cause pretty much all of this.

So how would the Great Data Crash of 2021 happen? Or, perhaps more importantly, why have the questions I posed in 2009, and the very clear predictions of known consequences of our digital society, not only gone unanswered by our leaders but in many cases gone unasked? Let’s look back to help us see the future.

Thesis Number 1: We live in a world where metadata (data that describes other data) is more important than the data itself.

“In Metamerica (the data that describes America), we are all a bunch of ones and zeros. Everything about us, our tax id number, social security number, credit card numbers, contact information, financial data, medical history, entertainment preferences, our computer software, the content we own, everything we are, is described by ones and zeros somewhere.”

“As we enter the super-digital age, we (all of us) will be completely described by the metadata stored in Metamerica. It is the virtual country that describes our physical country.”

“Why pay for a group of IT technicians to patch servers and tend to racks of computers when you can plug into a computing and storage cloud and only pay for the services you use. It is identical to how America transitioned from generating its own electricity to purchasing electricity from the utility grid. The economics are too powerful for anything to stop this shift. It will be complete in a very few years. Want to see it today? Go to Google Apps for Business, salesforce.com, dropbox, etc., the list of software as services and subscription software and cloud storage companies is getting longer every day.”

Thesis Number 4: The world is evolving toward a place where access to this data is going to empower all kinds of things — good and bad.

“This is not so much a privacy issue (although you could label it that way) as a governance issue. What should the structure of the government of Metamerica look like? There are no geographic restrictions, no towns, no counties, no states, no country — there are just Metamericans that describe Americans.

Questions from 2009 That Remain Unanswered in 2019

“Is your DNA covered by copyright law? Are your media or television viewing habits? Are your medical records going to be available on a local storage device, regional server, your doctor’s LAN, your HMO’s WAN or at the fictitious, but reasonable to imagine, Federal Data Depository Corporation?

Clearly the concentration of data controlled by the data-rich tier-one tech giants such as Facebook, Amazon, Apple, Netflix, and Google (FAANG) should raise additional questions about governance with respect to data provenance and ownership. But you can’t stop there. You must ask about location and usage data from the carriers (Verizon, AT&T, Sprint, and T-Mobile), ID tracking and usage data from Internet Service Providers, Data Warehouses, Analytics firms, etc. And let us not forget about the government itself.

Back in 2009 I concluded my article as follows. I could not say it better today.

“What I’m worried about is how we are very quickly becoming dependent on explosive amounts of centralized data and, how unprotected, and unprotectable, that data is.

Want to create a financial crisis that will make this one [October 2008] look like a trip to Disneyworld? Take out the data warehouse of the IRS, a few banks, a couple of credit reporting agencies, Google, Amazon and Microsoft. If it happened today [April 5, 2009], it would be hard to recover from. If it were to happen in 2021, we would not be able to recover from it. These are just a few of the myriad issues we are going to have to think about as Metamerica and America evolve together.

How will the Great Data Crash of 2021 occur? Maybe it will be cyber-terrorism; maybe it will be an incredibly robust computer virus. Maybe it will be a solar emission that is too powerful for our atmosphere to block. Sadly, there are about a zillion ways for it to happen and only one-way for it not to.

What we need is a cross-industry task force that would include experts from the military, IT, healthcare, legal, telecommunications, CE, entertainment, ethics and government to get together and have a serious, Socratic debate on the appropriate way to govern Metamerica. It’s not about opt-in and opt-out privacy; it’s about our economic sovereignty and our national security.”