ABOUT ALL THOSE DEMOCRATIC ASPIRANTS ON BECOMING THE NEXT PRESIDENT 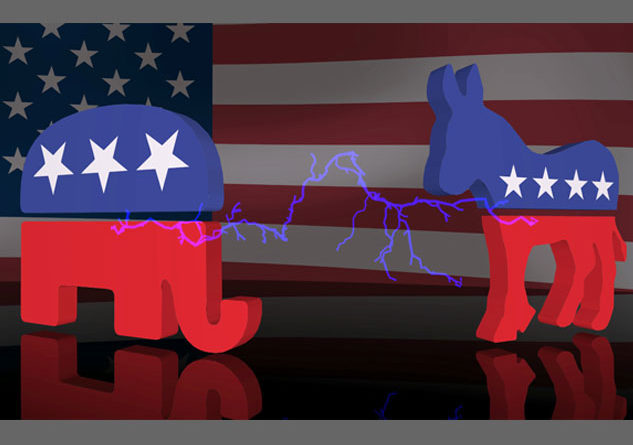 Since CA’s Senator Kamala Harris announced, “I am a candidate for being elected “President of these United States of America” an additional 24 individuals have also declared their candidacy. The list represents the diversity of this nation’s resident population: Four women (two Anglos; two African- American), two Latinos and two more African-Americans have included themselves. The two Latinos are Julian Castro and Beto O’Rourke – both of Texas.

My concern at this point: Will the Democratic Party require each one to disclose their personal IRS submittals for the last five years? This traditional norm has not been honored by the current Republican White House oval office holder, which results in an inability to assess whether the emolument standard of the U.S. Constitution is being honored.

My recommendation is that if a candidate for the Presidency does not disclose his/her financial status when selected as the Democratic Party standard-bearer, the consequence must be personal disqualification which is enforced by the Democratic Party’s action of no placement on any election ballot. What Donald J. Trump managed to accomplish (total non-disclosure) must not happen again because it prevents enforcement of the U.S. Constitutional emoluments standard (which is that an elected & seated President shall not personally profit (or benefit) in any manner from having the combined Chief Executive Office-Commander-in-Chief (CEO-CIC) positions.

In prior elections circa the FDR era, political parties assembled and disclosed their platform which included the planks to be considered as priority legislation and public policy. Today, if that practice was resurrected the Democratic Party planks would include: a) Comprehensive Immigration Reform; b) Voting Rights practices which expand or suppress constituent voting (Universal I.D., gerrymandering, redistricting by those having no conflict of interest; c) Comprehensive Health Care services for All; d) Jobs/Living wages; Address Infra-structure issues; Veteran’s Services issues; Reform criminal justice system; Improve FEMA’s responses; etc. Federal legislation needs to focus upon doing the greatest good for the greatest number of its constituents. Special interests have their place but need not dominate the legislative process.

The Progressive Turnout Project Polling Team asked, “DO YOU THINK AMY KLOBUCHAR COULD BEAT TRUMP?” This question is inappropriate. A better question is What would encourage more voters to support Amy Klobuchar (Minnesota Senator) with donations and their vote?

Another perspective: I knew nothing about Minnesota’s Senator Amy Klobuchar until a recent evening news item presented this senator making her declaration I am a candidate for the Presidency of USA” during a blizzard snowstorm which deposited a thick layer of snow on her head & shoulders. She chided Mr. Trump by asking, “How would your hair stand up to these conditions?” I was immediately impressed with her grit.

Further commentary revealed that Senator Amy Klobuchar has come up through the ranks; paid her dues and earned a reputation of getting things and legislation done by working both sides of the aisle; all traits needed to be practiced by more elected officials. She “keeps on keeping on” under adverse conditions which is why many of her supporters showed up despite a blizzard snowfall. The event had been scheduled and she prevailed despite the conditions. Also, she has a performance record of public service benefitting her community, its society and commerce. Recall, if you can, that neglected bridge (8 lanes wide) which collapsed suddenly into the Mississippi River with loss of life though first responders saved many trapped underwater in their vehicles. Long story short: Amy Klobuchar was the legislator who convinced her colleagues to pony up the funding which rebuilt that bridge within one year, an allocation of funds for infrastructural repairs during the George H.W. Bush Republican Administration when such funding was unheard of, despite the elements and prevailing conservative administration, SENATOR AMY KLOBKUCHAR prevailed very impressively!

That query “Can Amy beat Trump?” is pertinent only in the long run. But it gets in the way of development of the commitment by the electorate (all voters) to decide to support her with their treasure, efforts, and votes. My point is that the Democratic Party needs to find and select a candidate for the Office of the President of United States of America who is appealing to many voters who will deliver support and votes in volumes needed to defeat the Republican DARK MONEY machine. Without that potential, no one wins, and the negative ultraconservative schemes will continue to overcome the efforts of good individuals with good intentions.

Finally, where is a concise summary of the issues which all candidates must examine and indicate their acceptance? Or reasonable non-support? Simply stated: We, the voters, need to clearly know what the candidate is willing to deliver legislatively. Certain public policy cans may no longer be kicked into the future! Public policy on immigration must be resolved; economic changes to permit a broader access to opportunity and wealth must be devised and implemented; that military industrial complex must be fully controlled by civilian leadership; Voting rights must be expanded to include all over the age of 18; The use of bottom line decision making must include Good Samaritan stewardship not just return on investments; Cheating in any form must have prison consequences – too many executives who cheat and lie simply get away with their self-serving ways; etc. And it is time for the ultra-rich to pay their fair share of taxes needed by government to meet its assigned responsibilities.

The National Democratic Party leadership must devise and make public an old fashioned “Democratic Platform which everyone understands and hopefully supports. Its purpose is to minimize the character assassination approach and I gotcha negatives by an honorable opponent.

Pressing public policy issues which need resolution must be addressed (set up a schedule). The main one is to restrict the ability of DARK MONEY to undercut the Democratic legislative process by requiring full transparency. We, the People must insist on taking the high road into this nation’s future.

I think it is appropriate to deal with issues pertaining to the selection and election of the next President during this three-day President’s weekend holiday. Please resolve to spent 30 minutes per week-end learning about your options. Do that until November 8, 2020 Election Day when We, The People will elect the next leader of our nation. We must elect an individual who understands that to be a leader of this American Super-Power requires being a servant of all of us; not just some of us. America’s greatness has been tarnished by the current President who has tried to undermine all its institutions. When We The People decide to stand up in full solidarity we will assure that America will continue to be the great haven who is hospitable to the oppressed and impoverished. Its ideals already embedded in its U.S. Constitution are worthy of being practiced and defended from all who attack whether domestic or foreign – so Help us GOD!

P.S. Recommended reading: DARK MONEY, Jane Mayer, Author and NYTimes investigative reporter who was subjected to many harassments and threats all during her efforts to collect information which corroborated all happenings presented in her book.