FREEDOM OF THE PRESS…THE FOURTH ESTATE OF GOVERNANCE 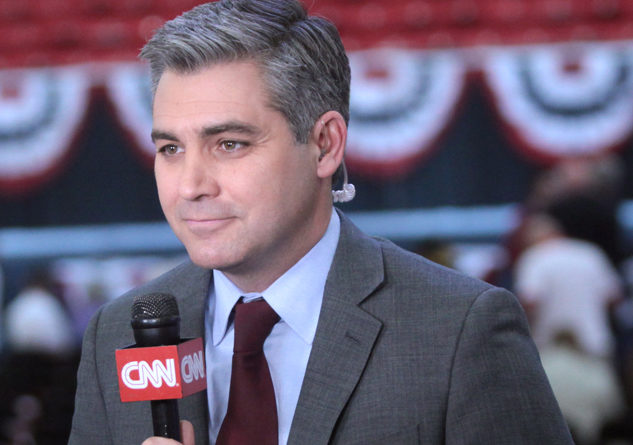 This review of the First Amendment, U.S. Constitution, is motivated by Mr. Trump’s recent inappropriate and unwarranted actions which cannot be allowed to continue without the application of lawful checks & balances plus established due process procedures.

Jim Acosta, CNN’s White House investigative reporter was doing his job when questioning the President about his executive order eliminating all refugees who may have entered USA illegally. Trump limited request for asylum to only those 26 established USA-Mexico entry points. An annoyed Trump immediately asked an intern to take away the microphone from Jim Acosta which he resisted. Immediately, an annoyed Mr. Trump withdrew Costa’s White House Press Pass and had him removed from that White House Press Conference. CNN registered a lawsuit in a Federal Court whose Judge ruled that the White House reinstate that White House Press Credentials. Also, a different Federal Court ruled that the President’s executive order was inappropriate; Trump had no authority to modify a lawful immigration practice established by the U.S. Congress. Both rulings were based upon the U.S. Constitution as the Law of This Land.

My focus will be upon Freedom of the Press, a civil right established by the First Amendment. Many of Trump’s prior aggressive verbal statements communicate to the general public an assumption of authoritative power which is not established nor appropriate. Utterances stated aggressively include “THE PRESS IS THE ENEMY OF THE PEOPLE”; “THEY PUBLISH FAKE NEWS”, etc. These authoritarian approaches may exist in royal kingdoms, tribal autocracies, national oligarchies, and dictatorships. However, here in America, all this is subject to the Law of this Land – the U.S. Constitution. No elected official, including the President, is above the law; all are expected to perform their public service in accord with the authority and responsibility already stated in the U.S. Constitution. All elected officials are subject to the checks and balances already described in the U.S. Constitution.

The following five civil rights are addressed by the First Amendment: 1) One’s personal right to practice and believe any religion; No official state religion may be established by Congress. 2) Freedom of Speech; 3) Freedom of the Press; 4) One’s right to attend peaceful assemblies and 5) One’s right to petition any government jurisdiction for redress of grievances.

All these civil rights are established in the First Amendment AND the U.S. Congress may make no law which changes or limits these five civil rights. The Founding Father’s original wording follows:

“Congress shall make no law respecting an establishment of religion or prohibiting the free exercise thereof; or abridging the freedom of speech, or of the press; or the right of the people peaceably to assemble, and to petition the Government for a redress of grievances.” (Source: The Constitution of USA 1789 (rev. 1992)

During the 2016 campaign, Mr. Trump often addressed many rallies using aggressive angry language; fake or alternative facts; abusive, insulting pejorative statements, etc. All this was practiced to give Mr. Trump an advantage which he exploits. All sorts of insulting uncivil put-downs were experienced by the Founding Fathers when each resided in Europe. As former refugees and immigrants, the Founding Fathers were intent on not having any American citizen be subjected to and experience such abusive impulsive authoritarian, autocratic behavior as American residents.

The press today includes newspapers, weeklies, magazines, books – all forms of the printed word whose accuracy is reliable. Radio, TV and the internet are forms of mass communication which may favor or lean towards an ideology. Mr. Trump undercuts their integrity and reliable truth by using false unfounded statements. Trump accuses The Press of publishing fake news based upon alternative facts; also, of being ‘the enemy’ not to be trusted. Trump’s approach was taken up by all autocratic governments and their leaders in nations such as Venezuela, the Philippines, North Korea, Iran, and terrorist groups. A consequence was making any meaningful factual and truthful communication to anyone much more difficult.

A Washington Post investigative reporter verified (by fact checking) that Mr. Trump stated at least 9 statements per day which were not supported by records, facts or science. This personal trait practiced by Mr. Trump has serious consequences: Namely confusion, mistrust, and loss of faith and hope. Courtesy, kindness, understanding, cooperation and coordination are diminished. Things take longer because of an increased level of distrust and cynicism. The result is the low road’…lower dignity and respect.

THE PRESS is also “THE FOURTH ESTATE OF GOVERNMENT”. A publication has constitutional protection as long as the information printed and distributed is truthful, factual, commits no libel nor plagiarism and commits no defamation of character. As long as these standards are sustained and practiced, no lawsuit against the publication will reward the plaintiff.

A local newspaper which supports investigative reporters provides the service of monitoring and oversight of local government agencies and businesses to its communities protected by the First Amendment. Examples are:

1) Bringing attention to the improper use of eminent domain authority by the SJ Redevelopment Agency (Tropicana Shopping Center project).

3) Years ago, the control of a speeding vehicle was lost. That vehicle crashed through a front yard fence killing 3 children who were playing. EO published an article which asked why the requested traffic control lights at Ocala/King intersection had not been installed. Those traffic controls were installed soon thereafter.

4) During the 1980’s, Immigration officials, using profile methods, were stopping local residents who looked like ‘immigrants’ along McKee, Alum Rock, and Story Roads. EO, with legal assistance of local Latino immigration lawyers, informed community residents of their 5th Amendment civil rights. The outcome was that La Migra law enforcement curtailed their operations on the East Side.

5) When EO learned from 4 local SJSU students that other local publications owned and operated by Anglos would not provide journalism internships. EO’s responded to this urgent need by establishment of the needed journalism internships along with other apprentice programs which have served to break down traditional marginalization practices.

Now THE POWER OF THE PRESS is a feature of The Press not often a discussion topic. It takes expertise and resources to take advantage of The Freedom of Information Act and The Voting Rights Act. The general public needs to know more about these and other public policy issues. THE POWER OF THE PRESS is what Mr. Trump attacks and pus down with his pejorative comments. Corruption, malfeasance, nepotism, abusive cronyism and wasteful program expenditures are often exposed by a publication’s investigative reporters. That is why authoritarian dictators immediately take actions to fully control their independent press organizations.

I favor having all communities support their local newspaper (such as EO) to enable underwriting a team of investigative reporters. Many local matters would benefit from having stakeholders objectively informed. Proactive oversight and monitoring of any Issue would reduce conflicts of interest and establish transparency. Highly informed citizenry would become involved, engaged, and committed to the Democratic governance process. The Independent Press is essential to having Democracy function in the best interests of all.