IMPACT OF WOMEN AS ELECTED MEMBERS OF U.S. CONGRESS 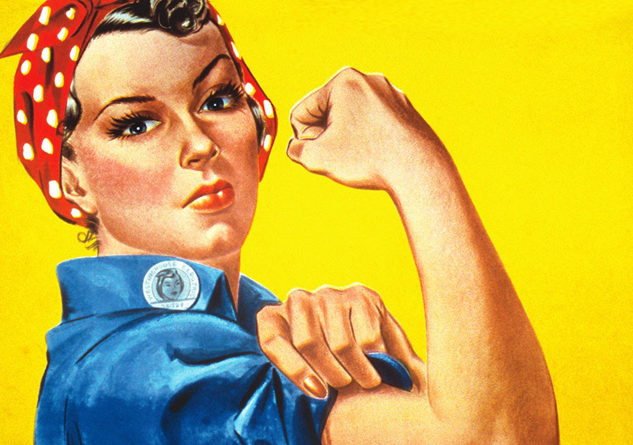 The recent 2018 Midterm Election has resulted in having 112 women as elected officials (25% of the of the total 435 representatives who have ‘seat, voice and vote’. To pass any legislation requires 218+ votes.

With their 237 Democratic majority, the Democratic Party will select the Speaker of the House and will be in charge of the agenda, setting priorities and schedules.

Now the House Republican Caucus is 98% WASP (white Anglo-Saxon Protestant) males. The House Democratic Caucus numbers 38% WASP males. Elected women have not yet reached parity levels (50% men: 50% women). This nation’s population has 48% males plus 52% females. No population survives biologically when men exceed women or when women’s fertility rate declines below the replacement level needed to sustain a population. Stanford University population biologist (Paul Ehrlich: The Population Bomb author) has established that a couple needs to beget more than two children to sustain a nation’s population with their consensual reproductive efforts. A committed couple initially may agree to consensual recreational sexual relations with the woman using birth control to schedule family planning. These couples may become fully engaged in establishment of their career paths.

An observation is that the three types of man-woman relationships (most often marriages) are: 1) matriarchy; 2) patriarchy and 3) partnership. Of the three, the partnership relationship seems to be most stable and productive.

Women tend to be nurturing, protective, and desire having a stable relationship in a safe, secure home. Having a child means a woman deals with a reproductive process which includes 9-month gestation period plus 18 years of being the mom until the child is of legal age (18 years old).

Being a consensual partner requires an ability to listen, to take-in other experiences and points of view. Individuals, at first are competitive, but the most successful are those who communicate well, negotiate, and know when to stop being competitive. A transition to a reliably mutual supportive and cooperative relationship results which requires constant attentive maintenance.

I observe DEMOCRACY is a very good governance system when most, if not all, these traits are present in elected officials who make public policy decisions when dealing with humanity’s needs fairly and with equity. With all the current human reproductive biology knowledge, it is now possible for governance to contain both the male and female perspectives and sensitivities.

Those leaders who take into consideration the needs of those being governed, and who reasonably distributed available resources and services were the most successful and highly revered.

Jesus Christ began social inclusiveness with compassion for the gentiles who did not have Roman Citizen status enforced by Roman military forces of that era. It was the Christian philosophy of being a ‘Good Samaritan’ who looked out for and took care of the disabled and needy which began establishment of a higher level of Christian behavior. (All religions and cultures consistently deal and promote appropriate behavior and sharing resources amongst individuals and communities.)

The Christian Bible contains many anecdotes which involve women…beginning with Adam and Eve. Other biblical women are Esther, Salome, Sara, and Mary who agreed to conceive, carry & deliver, and nurture Jesus Christ (with the support of Joseph, her husband) through his formative years.

It is the mother who gives her child, while nurturing and nursing, its first relationship experiences language & vocabulary, a sense of safety and belonging, and appropriate & essential behavior and survival skills. It is these direct experiences which are lacking when men govern exclusively.

I recall reading about an American indigenous tribe whose governance was totally conducted by men whose wives sat behind them during powwow discussions regarding tribal issues. These women directly communicated their perspectives and concerns immediately to their partner sitting before them.

American society, economy and government, since its inception during 1770’s, has been dominated by WASP men who led this nation’s geographic and economic expansion. All through these periods, work done by women was facilitated by the development of appliances (vacuum cleaners, dishwashers, clothes washers, blenders, etc.). These provided additional opportunity for women to learn at all levels of science, technology, math, engineering, finance, etc. In addition, traditional women’s work as ‘home-making’, teaching, literature, nursing and child-rearing expanded. Today, it is possible for women to aspire to be astronauts, engineers, lawyers, physicians, and YES…even elected officials at all levels (local, state, national, international) of government.

Women achieved the right to vote (19th Amendment; 1920) with the result that traditional governance by men exclusively is reluctantly yielding to including more women as elected officials. Many men like Donald Trump had power, authority, and dominion; who were allegedly physically and verbally abusive to women; and whose actions and statements were recorded using smart digital devices and disseminated to the general public via mainstream media and social media…all resulted in the women’s marches and “Me, Too” movement. It is these movements, coupled with women’s suffrage that enables able women to become elected officials.

The House of Representatives, US Congress, will have the highest number of women ever elected to that level of legislative responsibility. Speaker of the House Nancy Pelosi is already providing advice regarding how not to be pushed around by Congressional men & lobbyists. These females need to function as PEERS to men who traditionally have not experienced any female colleagues.

IT IS VERY IMPORTANT THAT THESE WOMEN EXPRESS DOMESTIC NEEDS FROM A MOM’S EXPERIENCE AND PERSPECTIVE.

These newly elected woman members of the U.S. Congress will have to provide direct ‘seat, voice and vote’ decision-making authority based upon their humane nurturing instincts flavored with compassion and consideration. I project that the present influence of the military-industrial complex will be mitigated. It is the sons and daughters of women who are placed in harm’s way by the current knee-jerk military reaction strategy. Also, The Department of Defense will have to implement national security programs with more fiscal accountability and responsibility.

If America is to achieve even greater international prominence (which has declined under the Trump Administration), it will be due to the propensity of women to communicate, negotiate, and compromise with logic and values using factual, truthful, and useful information.

A transition may happen with regard to undertaking programs addressing Global Climate Change; creation of a shared global resources economy by using diplomacy. War-like police actions are wasteful of resources needed to provide education, medical care, housing, transportation, etc. A goal would be to utilize natural resources to sustain the common good and world peace which ‘We, The People’ crave.

Many philosophers and economists have projected that this planet Earth can provide for all the needs of all humanity to live a comfortable life. What needs development to get there is a new distribution of wealth system which provides an assured annual personal income (aapi). All stakeholders would pay appropriate tax levels which enables government jurisdictions to monitor, assess, and distribute needed resources while holding down costs of necessary deterrent military forces. America can lead the way to enduring world peace and prosperity. A goal is to create heaven on this earth using resources already provided by Divine Providence.