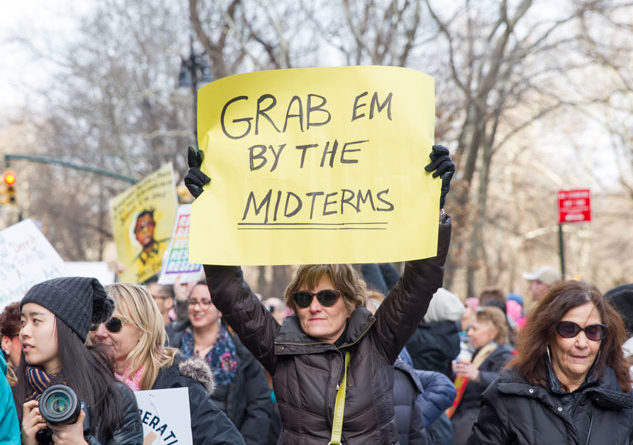 As an individual who grew up in a Mexican-American family and who had 11 siblings (8 brothers + 3 sisters), EO’s readers know that I experienced being impoverished and, later with maturity and street smarts, I knew I belonged to a community that was marginalized by Anglo-Saxons who had power, influence, wealth and who determined social practices, access to economic opportunity through education and training, and exercised public policy. Knowing who were gate-keepers was important.

Today, many of us are idealistic & progressive liberals who usually vote Democratic. Senator Nancy Pelosi, Democratic Leader said, “Republicans passed a tax scam during 2017 that handed huge tax breaks to Big Pharma, (big corporations and) banks and billionaires. (Their tax legislation) will increase the (national) deficit by up to $1.5 trillion.”

“But the GOP won’t admit it’s their fault. So instead, they’re blaming Medicare, Medicaid, and Social Security (Programs)– and making no secret of their intention to go after these vital programs if they keep (their Majority in both the House and Senate) this year.”

Dem Leader Pelosi has one word for them: “No! If we, (who are women, working poor or persons of color) don’t take back the House, we will lose Medicare, Medicaid, and Social Security as we know them (today).” (Source: Email: Nancy Pelosi, Dem Leader, 10.22.2018)

Presently Republican conservative ideology is applied by the White House, House of Representatives and Senate. One certain way to put an end to the legalized mis-allocation of national resources is for women, working poor and persons of color who are registered voters, is to actually deliver their votes in a manner that allows both the Senate and House of Representatives to once again have a Democratic Party majority.

WHY? Because it is the political party having a voting majority which exerts its authority and power to appoint the leaders who guide and select the legislation which is presented for an up or down vote. The Senate has advise and consent approval on judicial appointments at all levels of the Federal Courts.

Since Donald J. Trump was installed as President, he has been very effective in delivering what the Republican Ultra-Conservatives want. This results in smaller Federal Agency staffs (which ensures federal regulations, practices and standards will not be maintained permitting a higher level of neglect, profiteering or increased access to the natural resources currently located within national monuments and parks.

Furthermore, it is on the backs of low-income communities of color, labor force and women that wealth being created ends up benefiting corporations and top 0.1%. That IRS Federal Tax Reform 2017 reduced corporate taxes down to 21% from 35% permanently. Those tax breaks made available to the low-income communities are all temporary (expire in FY 2025). Definitely a double standard that is the economic reason that these communities will struggle more to make ends meet. Income disparities will continue.

Now, consider what Republican leaders are openly telegraphing: If Republican conservative majority are retained in both U.S. Congressional chambers (both Senate and House), their plan is to balance this nation’s budget by reducing the budgets (funding) of humane entitlements & services underwritten by Medicare, Medicaid, and Social Security Administration. (Recall that both workers and employers pay-in 18% of salaries to sustain and underwrite Social Services Administration benefits. Basically, this amounts to robbing the poor to pay those who are well off (a reverse Robin Hood move!). This results in legalized theft of wealth created by women, the working labor, and persons of color…none of whom are currently paid a living wage nor benefit from a guaranteed annual personal income’.

This all ends up continuing the wealth distribution disparity which limits the ability of millions in being active consumers which support this American Consumer Economy…the very foundation of American Greatness!

We, The People, through our collective solidarity are the only ones who can exercise the PEOPLE POWER which DARK MONEY cannot influence nor purchase. The Koch Billionaire alliance depends upon those 4 of five low income folks who do not vote to continue to be complicit in continuance of their non-involvement practices. After all, that is what allowed the 35% voter level to elect Trump as our current President! Every vote, even when not used, counts!

Consider the economic neglect Trump has done which affects millions who work. Without consulting anyone, Trump withdrew from Obama Administration’s Pacific Trade Pact thereby creating opportunities for Chinese manufactured exports. Recently, Trump withdrew from NAFTA; now used two bilateral agreements between USA-Mexico and USA- Canada. Additionally, Trump began a foreign TRADE TARIFF program (Steel and Aluminum now pay 25% import tariffs) which impact auto manufacturing and end up increasing prices paid by American Consumers. Trump has declared himself to be a NATIONALIST who has forgotten that this nation’s economic well-being is linked to foreign trade (up to 35% of it all). Recall those Silicon Valley firms (Apple and HP) whose products are entirely manufactured by low wage Chinese labor. The same sort of analysis may be applied to auto production which depends upon parts manufactured in Mexico and Canada. In general, what the Trump Administration has done has not benefitted the working class of this American nation…and it is that segment of America whose work “Makes America Great”.

Just recently, Trump withdrew from the Iran Nuclear Arms Control Agreement; rattled the nuclear confrontation war cage with North Korea; and just announced USA’s withdrawal from the bilateral treaty with Russia dealing with reduction of ICBM’s and development of intermediate range nuclear weaponry. Incredibly, Trump has stated, “Why have these nuclear weapons if we do not plan to use them?” During 1947, I walked through Hiroshima to witness two-year-old atomic devastation. Mr. Trump very much needs to be controlled by the U.S. Congress which has given too much executive authority and permission to the Chief Executive Officer of America…namely the President.

America’s Congress very much needs to re-establish those original Checks and Balances on this particular President who has had no prior governance nor military service at all.

Note that many foreign affairs policy decisions are being made by officials of the Department of Defense (the Pentagon) who emphasize that the President is their Commander in Chief; the Chief Military official of this nation’s superior military forces.

This five-time draft dodger needs to be made subject to established ideals and standards embodied in the U.S. Constitution which is the current Law of this Land. Mr. Trump is all about power and money; he has never been concerned with governing We, The People in any civilized or considerate manner. By his own words and actions, Trump has undermined everything essential to civilization by attacking the free press; using fake news; and being unable to use scientific know-how and technologies supporting existing Western Civilization. All by himself, Trump has undermined the truth, trust, facts, and civility which enables diverse people to live with respect and dignity in peace and harmony.

We, The People may put an end to this when each individual who is a registered voter who desires to re-claiming America’s ideals and standards, which encourage good Samaritan Stewardship and sharing fairly the essential resources of this world, by actually delivering his/her ballot on this Mid-Term Election Day, Tuesday, November 6, 2018. Only then will AMERICA DEMONSTRATE THAT DEMOCRACY PREVAILES. Autocratics and oligarcists failed again. To ensure a future for your kids, PLAN TO ASSERT YOUR VALUES WITH YOUR VOTE AS YOUR VOICE.

The Curse of La Llorona