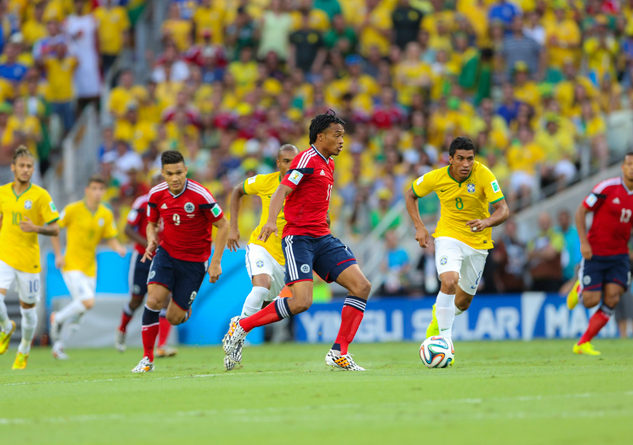 Rome – Colombian soccer player Juan Guillermo Cuadrado said Monday May 28 in Milan that the Colombian national team was heading into the World Cup in Russia with the determination to improve on the quarterfinals it reached in Brazil in 2014.

“We have a great team, and I believe we have to be very united and work toward that goal, which is to get further than we did in the last World Cup,” Cuadrado said at Colombia’s training camp in Milanello.

The Juventus player also said the fact that the majority of Colombia’s players have known each other for a long time gives the team an advantage toward doing well in Russia.

“Having that starting point gives us something more. I believe that knowing each other and having spent a long time together gives us an advantage. So we can keep calm and live day by day without anxiety, waiting for the moment and starting off on the right foot,” Cuadrado said.

Colombia will start its World Cup play on June 19 against Japan, after which it will face Poland on June 24 and Senegal on June 28.

Before beginning the World Cup, the Colombians will play a friendly against Egypt this Friday, a game that, according to Cuadrado, will be a chance to determine what shape the team is in.

“It will be a very difficult game – every team is out to show what it’s made of. We can measure how we’re doing and go into the game with the greatest sense of responsibility,” he said.

Q&A: Ben Bogen and the Seasons of “Jersey Boys”