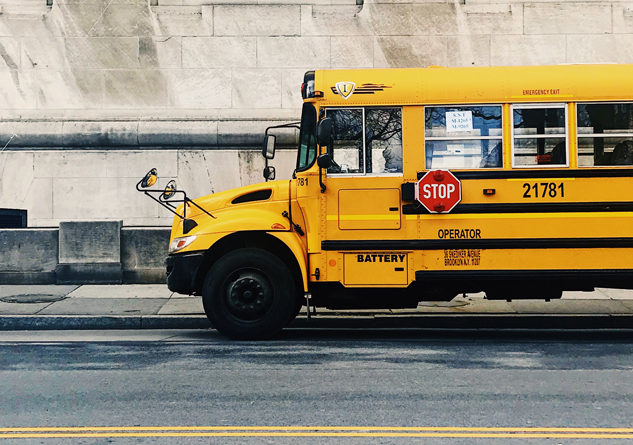 The Alum Rock Community organization, which calls itself the “Community For Better Alum Rock Schools” and its allies planned to oppose efforts to oust ARUSD Superintendent Hilaria Bauer during ARUSD Board Meeting held on Tuesday, May 29, 2018.

Superintendent Hilario Bauer’s ‘sins’ are her efforts to untangle the ARUSD from past scandals related to Del Terra Real Estate (Services contracts). Amongst the Community For Better ARUSD Schools allies were San Jose Mayor Sam Liccardo and the Honorable Blanca Alvarado (former Supervisor, County of Santa Clara); several families whose children attend ARUSD, and members of the community.

A coalition of elected officials, educators, advocates, parents and students have come together to oppose this attempted ouster of Superintendent Hilaria Bauer, and once again demand transparency, consistency and accountability from their school board. (EO’s Note: Three ARUSD Board members, {Esau Herrera; Khanh Tan; and Dolores Marquez}, have been voting as a block for actions which allegedly contributed to this situation; the Nay votes were usually made by ARUSD Board members Andres Quintero and Karen Martinez).

Dr. Bauer has been a refreshing voice of leadership who has sought to distance the School District from the (allegedly) corrupt dealings involving Del Terra Real Estate and the legally-questionable management of District bond program (which exceeds $425 million). While rumors have swirled for months that the Board’s majority was maneuvering to dismiss Dr. Bauer as a smoke-screen to the Del Terra  (Real Estate Services contract) controversy.

Tonight’s special Board Meeting’s agenda reveals that the Board will be formally considering the “dismissal, discipline of release” of the Superintendent (Item 2.03 under “Closed Session” of the meeting agenda). This comes at a time when the (ARUSD) board’s (alleged) fiscal mismanagement is under investigation (by the SCCo District Attorney Jeff Rosen since September 2017). At this time ARUSD constituent’s trust in this board’s (integrity) is at an all-time low.

During an exclusive phone interview with EO’s columnist Hilbert Morales, Ms. Blanca Alvarado said, “The quickest way to change things at ARUSD’s School Board is for the ARUSD’s constituency to not re-elect Esau Herrera and Khanh Tan, who are both up for re-election this year; Dolores Marquez does not come up for re-election for two more years; until 2020.”

ARUSD voters have an immediate opportunity to elect two replacements who would make different decisions regarding the use of the Bond Funds intended to improve facilities and instructional environments for their ARUSD students.

ARUSD constituents, (whose 10,634 kids attend as students), need to plan to vote this coming election day, June 5, 2018. “That would change things at ARUSD immediately,” per Ms. Blanca Alvarado.

SJ Mayor Sam Liccardo and former Supervisor Blanca Alvarado both had spoken in support of the ARUSD constituents efforts to be fully informed and achieve school board transparency, accountability and responsibility at the news conference held on Tuesday, May 29th, 2018 at 11:30 AM at the Alum Rock Union School District (Offices), 2930 Gay Avenue, San Jose, CA 95127.

The District’s new legal counsel (Maribel Medina, esq., Legal Trejo law firm), who is believed to be linked to Del Terra Real Estate Services, (allegedly) has been creating a manufactured case for dismissal at the request of Trustees Khanh Tran, Esau Herrera and Dolores Marquez.

It has been a year since the extraordinary audit requested by SCCo Office of Education and the Fiscal Crisis and Management Assistance Team (FCMAT) revealed ARUSD’s lack of internal controls, an internal auditor and a failure to track bond expenditures. Throughout this year of investigations and legal trouble, the leadership of ARUSD’s Superintendent has been used as (a) political football.

“On Friday, May 24th, the Alum Rock Community brought a criminal complaint to the Santa Clara District Attorney’s Office and the Fair Political Practices Commission outlining numerous criminal violations (of) Government Code Sections 1090, 8311.65, 87100, 87300, and Elections code 7054 by the ARUSD Board, Del Terra, and a District (and former Del Terra) employee. The complaints outline the clear conflicts of interest of the contracts Del Terra has with the District and a consistent pattern of corruption by the Board. The Board will have an opportunity to terminate these contracts at this meeting” (of 05.29.2018).

The ARUSD administration advised EO that the ARUSD Board reported no action was taken when it reconvened after having a closed session to consider personnel actions (and probably other related matters).

And so the stalemate continues at ARUSD. Those voters, who are constituents of ARUSD, have an immediate opportunity to change the makeup of their school board in a very democratic manner. EO’s recommendation is to base your personal votes upon ‘factual, truthful and useful information’ which is available in that FCMAT report; in your Voter’s Information Manual mailed to each registered voter’s home by the SCCo Registrar of Voters; and in the recorded votes documented in ARUSD School Board Minutes. ARUSD’s students, who are our community’s future, need the very best instructional efforts by the ARUSD’s teaching staff. About $425 per student is to be expended improving facilities and instructional environments ($425 x 10,000 students) = $4.25 million authorized by those three school bond issues which were supported by ARUSD constituents in past elections.
Do what it takes to get the most value out of those past community decisions to improve your kids future by improvements in their education environment.

And since kids learn from our actions as adults, let’s try to present the best adult behavior coupled with evidenced based decision making by stakeholders who live in the Alum Rock Community. The best improvements come from your own residents who want the best for their kids and their future. (Information sources: Office of SJ Mayor, David Low email, 05.29.2018; “Community for Better Alum Rock Schools”, Jeff Markham, cfbars.org@gmail.com; and ARUSD office staff).