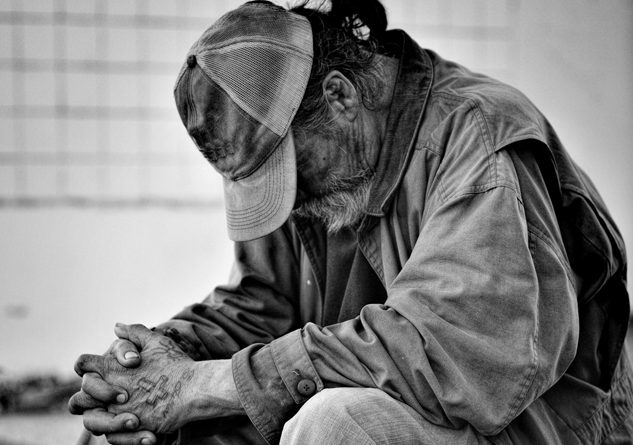 Mark Zuckerberg’s Harvard University room-mate was Chris Hughes. Hughes was raised in poverty in an Appalachian community by his middle-class parents who faithfully attended church each Sunday. Just by LUCK he ended up as Mark Zuckerberg’s room-mate with an opportunity to participate in the intellectual and technical discussions that led to the development of FACEBOOK. For three years work as a co-founder of Facebook, Hughes was rewarded with earnings of $500 billion. Hughes education resulted in unique ROI (return on investment) as an outcome of algorithms developed, tested, and used to develop a very effective electronic communication service used by the whole world today.

All of this information was presented by Fareed Zakaria, Global Public Square (GPS) 7:00 AM on MSNBC program broadcast Sunday, May 7, 2018. Fareed presented a recent research report released by the Institute for Policy Studies which established that the three most wealthy men in the world had the same amount of wealth as the bottom 50% of the world’s population.

The world’s economists and political pundits are now very concerned that this ‘wealth disparity’ will be the basis of much social and political unrest. What can be done about this disparity?

Fareed Zakaria introduced the author of a new book entitled, “FAIR SHOT; The Thinking Inequities About How We Earn” whose author is Chris Hughes, Mark’s roomie at Harvard and co-founder of FACEBOOK. Chris said, “It was by sheer luck that I personally went from being the son of an impoverished middle-class Appalachian family to being a member of the 0.1% (beyond the 1%).” By sheer luck and circumstances, Chris attributes his success and wealth to being in the right place, associating with the right individuals…all at the right time. Dame Fortune had smiled upon Chris Hughes. His book reflects his concern about low income folks which he personally experienced as a transitional age youth.

According to Fareed’s commentary, Chris Hughes, with his prior experience as the son of a working-class family in low income Appalachia, personally experienced the anxiety, deprivations, and creativity of low income families as they do the best possible with what they earn, which is not always enough. His book promotes the concept of having the Federal Government give each impoverished individual a guaranteed income of $500 per month per person. Only for individual family members whose aggregated gross income is less than $50,000 per year. This is the same GUARANTEED PERSONAL INCOME concept which has been proposed by certain economists (e.g., Milton Friedman & Joseph Stiglitz) in the past. The assertion is that it would be less costly to just give very low-income folks a direct allowance which would assist them to pay for essentials (housing, clothing, groceries, and education per Maslow’s Hierarchy of Human Needs) rather than have a bureaucratic agency processing applications, determining need; making awards, and taking security steps to hinder the dishonest greed which a few possess. A direct living allowance would be most cost effective.

Hughes makes the point that his personal journey is ‘extreme’; that he knows many ordinary working-class folks who do their very best only to come up short of the necessary ‘living income’. With luck they could have achieved the same level of wealth as he has today.

Regarding the recent Trump Income Tax reform, Hughes notes that it provided the wealthy and corporations with a big tax cut that reduced total federal tax revenues by $1.5 Trillion or more without doing much for the working middle class. He proposes to fund this proposed GPI (guaranteed personal income) by closing all major tax loopholes and a 50% income tax on profits and personal income exceeding $250,000 per year. “It is the responsibility of the ‘well-off’ to re-establish the “American Dream”, said Hughes. “It is the responsibility of those who are ‘well-off’ to pay their fair share when assisting the impoverished since they are able to do that without impairing their ‘wealth status.”

Hughes rejects the notion that individuals will not want to work. He states that people need to work because it gives them a purpose. More importantly, all individuals, regardless of access to opportunity need financial security because an adequate income provides stability (in the person’s mental health; the family; and the community).

My one observation: Those who do not earn nor have a ‘living income’ have 100% propensity to spend their monthly wage earnings each month and still be in arrears. Imagine what $500 per impoverished individual being spent would do to the domestic economy…especially in grocery, clothing, and other retail sales. This nation’s consumer economy would increase its sales volume and revenues with a ‘positive trickle up’ impact as marginal profits get to investors. The national budget will not be busted. Instead it may generate more revenues as unmet needs are reduced. Additional sales volumes would generate sales taxes which may enable the reduction of the national debt. The consumer economic cycle would be enhanced…all without borrowing more from China!

Hughes estimated that it would take $300 billion to provide $500 per month ($6,000/year) per person in impoverished families whose gross income is $50,000 per year or less. That is not even equal to the $1.5 trillion in tax relief already provided to corporations and the wealthy. that $300 billion could assist 50 million impoverished individuals who are at the maximum levels of poverty. All that $300 billion dispensed directly to impoverished individuals would find its way into the consumer economy! (Let’s say this in another way: If 50 million impoverished individuals received $500 per month ($6,000/year) assistance allowance, all that money would be expended purchasing goods and services which those impoverished folks decided were their highest priorities. And all those purchases would have an impact on the domestic economy; create jobs; require production of replacement goods and services and thereby boost the domestic economy.

As an outcome of robotics and automation based upon computer technology, many who want to work will not find those traditional middle-class jobs. It will be a challenge to each community to organize non-profit community-based organizations (CBO’s) which deliver services and produce goods which are not ‘profitable’ commercially but may now be produced by willing volunteers who need that volunteer work to have purpose and meaning. Individuals will find ways of keeping themselves occupied.

I have ordered my copy of Chris Hughes book and plan to read it because he has presented a potential path to dealing with unemployment, homelessness, and poverty which too many are experiencing today. A guaranteed personal income would allow the most impoverished families to encourage their kids to get an education rather than work menial jobs for less than living wages…all of which does not help develop their ‘human potential’ which is needed by industry and commerce. Programs to identify those individuals with creativity and innovational insights will be possible. Identifying these are essential to Silicon Valley at all times.

This GPI approach proposed by Chris Hughes needs to be fully assessed and implemented beginning with the lowest income levels. Its long-range outcomes will dispel many myths and fears about giving folks a ‘hand up’ by giving a ‘hand-out’. Chris Hughes approach implements “GOOD SAMARITAN STEWARDSHIP while benefiting many.