VOTE NO… DELTA TWIN TUNNEL AQUEDUCT HAS ALTERNATIVES NOT CONSIDERED 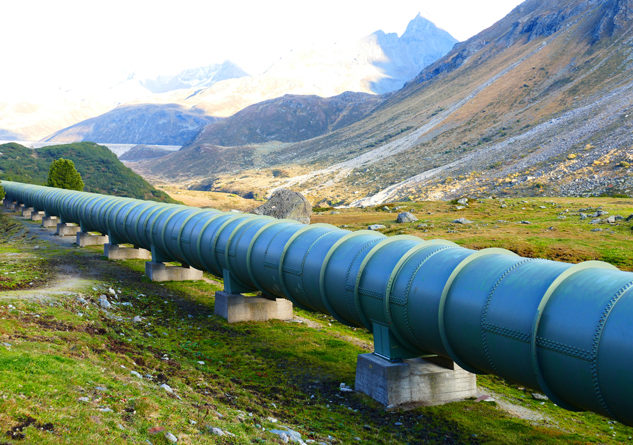 The Santa Clara Valley Water District Board needs to continue to support its original decision not to support the proposed twin tunnel project which will divert water southward towards Los Angeles, CA. It is time to get beyond ‘diversion’ projects which began with taking all the water from the Owens Valley.

An alternative is to build on DESALINIZATION OF SALTY OCEAN WATERS: Using solar energy to provide the electricity needed and the solar energy, both of which are readily available, desalinization facilities need to be build all along the Pacific Coast from the San Francisco Bay down to San Diego.

Of course, the high initial cost is what many planners and policy decision-makers use as a rationale to continue to do the traditional thing: Diversion of river’s water towards the needs of California’s Southland. THIS APPROACH DOES NOT ADD POTABLE WATER TO THE UNRELIABLE SOURCES OF NATURAL WATER WHICH ARE REPLENISHED BY ANNUAL CYCLE OF RAINFALLS. California is now in its sixth year of drought. The unusually ample rainfalls of January/February 2017 replenished (just in time) most reservoirs resulting in a temporary reprieve.

Let’s begin building DESALINIZATION FACILITIES beginning in the San Francisco Bay Area all the way down to San Diego, California. DESALINIZATION PROCESSES will add to existing potable water replenished annually by rainy weather seasons…which are now quite unreliable because of the GLOBAL CLIMATE CHANGES being experienced.

The solar panel farms needed currently are placed on open land. Why not develop incentives to have homeowners agree to place solar panels on their roofs and back-feeding the electricity produced using existing public utility wiring? This would decrease the land areas used for ‘solar farms’.

Consider that the SUN will continue to provide the earth with sunshine for hundred millions of years into the future. Most importantly, it is CLEAN ENERGY which adds no ‘greenhouse gases’ (carbon dioxide and methane) to the atmosphere thereby not adding any support to the global warming process.

The construction of desalinization facilities will produce a ‘multi-facility system’ whose production processes could be managed and controlled to produce potable water as needed…eliminating the need to build: a) more dams; b) more reservoirs; and c) more aqueducts and canals.

Decision-makers from Governor Brown, CA Water Commission, SCVWD board and others need to take the time to compare the costs of what they are proposing (twin water tunnels under the Delta, build Pacheco Pass dams; etc.) which extends the current tradition of diversion of natural waters) with the costs of building desalinization facilities along the Pacific Coast shoreline…and even pumping the potable water produced over the Pacific Coast mountain ranges to release it into exiting dry creek beds which will act as water conduits down to the San Juaquin River…and along the way enter into existing natural portals to replenish existing ‘valley aquifers’ currently being depleted by excessive pumping to irrigate orchards and other crops.

I can imagine the entire San Juaquin (and other valleys…Imperial & Salinas Valley) being used for year-round agricultural production because with enough desalinization facilities in operation, this State of California’s agri-business and population could continue to grow and thrive because it has built the required desalinization facilities necessary to earn complete reliability with respect to potable water. It could become totally independent of the vagaries of weather…and that is important now that global warming has disrupted traditional weather patterns.

The continued construction of diversion facilities such as the proposed Twin Tunnels under the San Juaquin Delta is a great boondoggle especially when the alternative (desalinization of oceanic waters) is not being considered for development and implementation. The traditional reason to not consider desalination technologies and facilities is their perceived ‘very high costs’, but when I add up all those traditional projects being proposed today (dams, reservoirs, aqueducts) …I come up with a very high total investment into traditional approaches WHICH DO NOT ADD ONE GALLON OF POTABLE WATER TO THOSE PRODUCED BY NATURAL PHENOMENON.

MY ADVICE TO THE BODY POLITIC: DO NOT LET CURRENT ELECTED OFFICIALS ENCUMBER CURRENT TAX REVENUES TO UNDEERWRITE ‘FIX WATER PROJECTS’ BECAUSE THE FUTURE OF CALIFORNIA DEPENDS UPONG POTABLE WATER WHICH MAYH BE PRODUCED IN REQUIRED VOLUMES BY THE USE OF SOLAR ENERGY, EXISTING TECHNOLOGIES…so that solar energy and oceanic waters (both available in copious amounts) are put to use in a sustainable and very reliable potable water production system which can be managed to produce what is needed as needed.

One cannot say that about the current efforts which continue to rely upon unreliable natural weather phenomenon being altered by global warming. The use of desalinization technology and its facilities can be very affordable when the California Water Commission plans a ‘total system’ and encourages local jurisdictions to build and manage their own local plants. In the County of Santa Clara, Alviso would be a logical site for its desalinization facility designed to produce 3 gallons of potable water per resident….and allocate some potable water produced to being pumped up the valley to the higher levels and released into local creeks which would ‘feed that water into existing natural aquifers (which is already being done).

There is a shortage of the understanding and resolve to use existing knowledge and resources to develop an ‘alternative source’ of reliable potable water. All of California will benefit from the use of existing desalinization technology. It is possible to make the whole State of California and specifically the County of Santa Clara (Santa Clara Valley) totally independent of the vagaries of weather and global climate changes.

LET US BEGIN BY “VOTE NO ON THAT DELTA TWIN TUNNEL AQUEDUCT PROJECT WHCH HAS ALTERNATIVES NOT BEING CONSIDERED.